Features
The Voice
On the Hill – Culture Shock

When Stephen Harper tried to slip his recent $45 million in arts cuts under the radar, he probably didn’t count on the backlash it would create.

And for a political leader who likes to keep a tight rein on who can say what and when, It’s even more surprising that, after alienating those who work in the industry, he went on to put his foot in his mouth and insult ?ordinary people? as well.

But Harper’s definition of ?ordinary people? is a little confusing. Who, exactly, are these just-plain-folks who have no desire for anything but the concrete pursuits of eating, sleeping, and working; who shy from such cultural interests as music, comedy, films, and dance?

As he told reporters, ?You know, I think when ordinary, working people come home, turn on the TV and see . . . a bunch of people at a rich gala all subsidized by the taxpayers, claiming their subsidies aren’t high enough when they know the subsidies have actually gone up, I’m not sure That’s something that resonates with ordinary people.?

By Harper’s definition, ordinary people enjoy watching TV. Which means they also enjoy (can it be?) the very same cultural products that Harper exhibits such disdain for. Based on name-recognition alone, it would appear these ?ordinary people? have an enthusiastic liking for all kinds of artistic offerings, even those created by other Canadians: Celine Dion, The Kids in the Hall, Kiefer Sutherland, Shania Twain, Leonard Cohen, Margaret Atwood, Yann Martel, Tantoo Cardinal, Karen Kain, Mary Walsh, William Shatner, Rick Mercer.

All struggling unknowns at one point, just like the thousands of other talented Canadians who work in the cultural sector and rely on grant programs to allow them to build a career (as do athletes, students, small business owners, and apprentices in the trades).

And while the list of talented Canadians who represent us so well in the arts is impressive, longer still is the list of those who work behind the scenes in what (make no mistake) is very much an industry, providing jobs for thousands more: writers, costume makers, producers, makeup artists, set designers, carpenters, truck drivers, lighting technicians, caterers, cleaners, electricians, teachers.

Contrary to Harper’s portrayal of Canadian artists as ?a bunch of people at a rich gala,? the average Canadian artist earns $23,500 a year?in an industry where they and other cultural workers generated $39 billion for our economy in 2002, or nearly four per cent of our gross domestic product.

Which brings us back to the ?ordinary people? Stephen Harper thinks have no interest in culture and the arts in all their rich variety. Is he referring to the thousands of ordinary Canadians who rely on the sector to pay their mortgages and support their families? Or the millions whose lives are enriched by TV, radio, the Internet, books, magazines, CDs, DVDs, dance, community theatre, photography, and art galleries?

Whether It’s hip hop, poetry, or comedy, ?ordinary? Canadians embrace culture of all types. And as the backlash against these funding cuts grows, it appears our prime minister may be in for a culture shock.

From Where I Sit – Rest In Peace 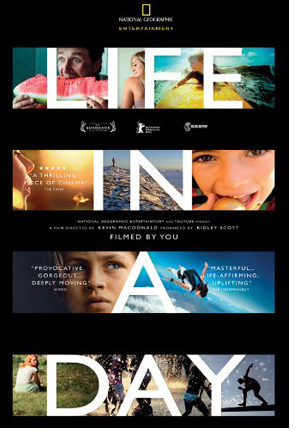 The Mindful Bard – Life in a Day