One sunny day, perhaps it is mid-July, a boy sits down on the soft, warm grass beneath a pear tree and opens up a book. Perhaps it is a picture book, a book of poetry, an almanac, or instruction manual.

Above him, there are small songbirds flitting from branch to branch. The sun is warm on his face and his hands. Close by, there is a cornfield drowsy with the throb of crickets. Try as he might to remain awake, his eyes begin to close.

When he wakes up, it is the dead of night. Planets and satellites are migrating above his spinning head. Sensing he has slept for a long, long time, he looks down at the yellowed pages of his book, at the wrinkled skin of his hands. Clearly, he has fallen under a spell, a curse. Touching his own face, he finds spectacles and stubble.

There is an abandoned car on the edge of the field, a corroded metal husk. He climbs into the driver’s seat, looks in the cracked rear view. What he sees is like one of those trick-of-the-eye pictures, the ones where you can see two different images, depending on how your mind interprets them: young woman or old, dancer or monster. What he sees is a wayward boy, careless, carefree. What he sees is an ancient man, watchful and scarred. They are both of them afraid.

Knowing he can never return home in this condition, he strikes out across the fields, heading for no particular destination. He tucks the book (poetry, as it turns out) in his jacket pocket. Taking inventory, he finds a few coins, some tobacco, a box of matches, a compass, a letter written in a language he does not understand.

He walks all through the long day. Everything is strange; there are no recognizable landmarks. Eventually he comes to a road, the road turns into a lane, and the lane leads to the sea. There is a sheltered bay. There are graceful sea creatures surfacing and disappearing, and in the early evening light, he can imagine how mariners must once have mistaken them for mermaids. He builds a driftwood fire, and roasts mussels. He reads ?Kubla Khan? and falls asleep.

Much later, he wakes up again, no longer two people in one. He is only an old man with poetry in his hands. The wayward boy is lifted above the head of a woman the man suddenly recognizes as his own daughter. Seeing the old man awake, the boy runs across the sand to greet him. Together they draw fleeting pictures in the sand, watch their footprints dissolve again, again, again. Together they spot mermaids, they turn over rocks. Both of them are amazed. 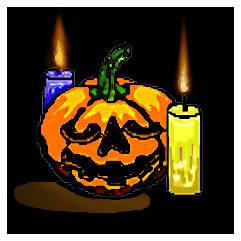