Articles
The Voice
In Conversation With . . . The Arkells

The Arkells are five guys who met at McMaster University and recorded their first EP, Deadlines, in 2006. The band is noted for its passion and energy in live performances and their clever and socially relevant song lyrics.

Jackson Square, the band’s first full-length album, will be released October 28, 2008 by Toronto indie label Dine Alone Records. The following are notes from an interview with the band’s lead vocalist, Max Kerman.

If I knew what I needed in order to be creative I might have a more consistent creative output! Creativity comes at different times for me. It often comes when I have a lot going on in my life. Having a lot of free time does not always equal writing more music or lyrics.

I think many songwriters can agree that creativity often occurs when there is some kind of conflict in your life, as it motivates you to address issues that you might put on the back burner.

I am interested in telling interesting stories about people and Chavez has an interesting story. The song is specifically about the time Chavez spent in prison after a failed coup in the early 1990s, before he became the president of Venezuela. It’s a story that many revolutionary leaders have experienced: being exiled or jailed and using that time away to grow personally, learning more about the cause You’re fighting for.

There are many records which have had a profound effect on the way we think about music, and the way we think about creating an entire album: e.g., The Weakerthans? Reconstruction Site; The Band’s Brown Album; Ben Folds Five, Whatever and Ever Amen; Bruce Springsteen’s first record, Greetings from Asbury Park; Spoon’s most recent album, Ga Ga Ga Ga Ga; and The National’s Boxer. This week I’ve been listening to ELO’s greatest hits and the new Kings of Leon record. 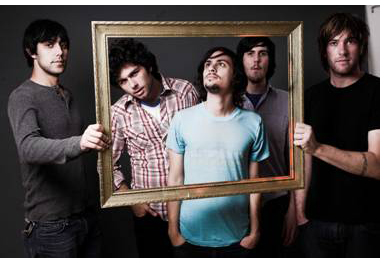 Everyone has different tastes in books. I really enjoyed Dave Eggers’s What is the What.

On Jackson Square a handful of the songs have themes that might be considered socially conscious. I wouldn’t consider ourselves a political band but we are interested in writing songs and telling stories that deeply resonate with us in some way and some of those songs happen to be songs about social issues.

As far as political ideologies or religious beliefs go we believe in tolerance, neighbourliness, and the golden rule. We are still not sure which religion those things fall under.

I generally come up with chord/melody ideas with some lyrics and bring them to the rest of the band. Then there’s a lot of arranging, practice, and discussion. As a band we are pretty good at telling when the song is ?there? and when it needs more work.

Tim and Dan are the most technically sound musicians in the band. They spent most of their childhood and teenaged years getting good at their instruments and they are fantastic players now. Mike, Nick, and I all played in bands in high school and have learned a lot from Tim and Dan.

For a typical rehearsal we show up to Dan’s house about twenty minutes later than we agreed. Then Dan’s parents leave to go out for dinner. We set up and rehearse the tunes. Then Dan’s mum comes home and tells us to wrap it up. 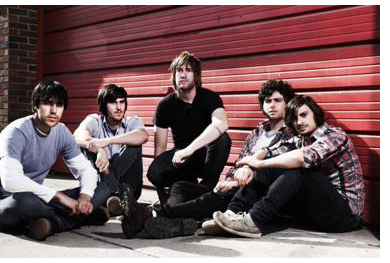 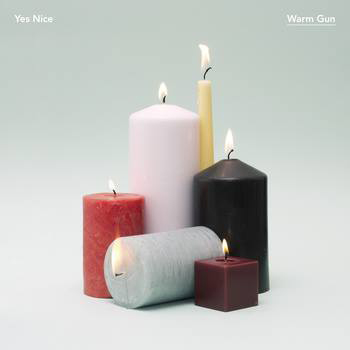