Articles
The Voice
Invasion of the Pod Parents! 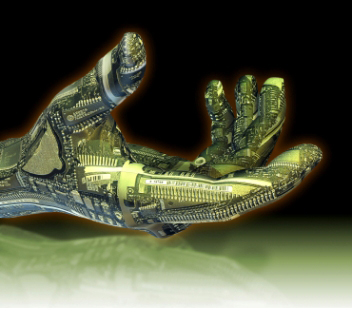 I’ve been chasing my kids around the indoor playground for close to an hour now. They scream with glee as I mutate into some hideous half-dad/half-alien beast, uttering sinister, monotone, Martian clichés.

Needless to say, I affect the obligatory hunch and limp so as to afford them ample time to flee in terror.

In my experience, I have found that the average pre-schooler would sooner play some form or other of this particular game than they would any other activity on the planet; indeed, with the chase comes the adrenalin-fueled rush and wide-eyed bliss that only children have such an effortless capacity for.

As I pursue the earth-children across a padded terrain, my reptilian eyes perceive another dreaded form of extraterrestrial life?one of a breed far more unsettling than my own: the notoriously languid and remote subspecies known as the ?half-parent.?

Paradoxically, these half-parents are present in a temporal sense, but, in actuality, they are not really there at all. The ?half-children? of these specimens vie for the attention of their seemingly comatose parental units in manners ranging from subtly pathetic to desperately violent.

They may, at times, play a solitary game of air hockey, knock down a fellow half-child for the pure, unsupervised joy of it, or even relieve their aggression vicariously via the vestibule of voluminous video game violence.

During this time, the half-parent appears oblivious of its progeny, occupied instead with an array of technology and half-important distractions: communicating with other half-people on tiny hand-held devices; staring into space, at some fixed point just beyond their offspring (possibly some form of telekinetic activity); and researching Earth literature dedicated to the study of Brad Pitt and Angelina Jolie?earthlings of great cosmic significance, apparently.

There is a sad, strange moment when one of the half-children (not of my own brood) calls me ?Dad.? I hesitate only slightly before acknowledging her address, for I don’t have the heart to ignore her role-play. If, for only a moment, in this imaginary universe, she sees some hunching, limping, alien beast as a preferred role model over the sedate, clock-watching mass of flesh sitting in the corner?so be it. Of course, children should always be wary of strangers, but, in this particular instance, the stranger seems apparent.

Closing time for the playground arrives. My kids wind down and wander inevitably to the display of sugar-coated point-of-purchase merchandise (my only salvation in what can sometimes be a difficult and tear-filled exit from the building).

My eyes revert to their usual hazel, myopic guise of normalcy, and through thick lenses, smudged with tiny fingerprints, I see the half-parent moving faster than I’ve seen him move all afternoon. He manoeuvres his half-child toward the exit with skill, speed, and efficiency; he speaks a language to the child that is clipped and barren of affection. They quickly board their vessel, and set course for some distant, nondescript destination.

As for my little humans and I?we have other galaxies to explore.