Articles
The Voice
Ghosts of ’82 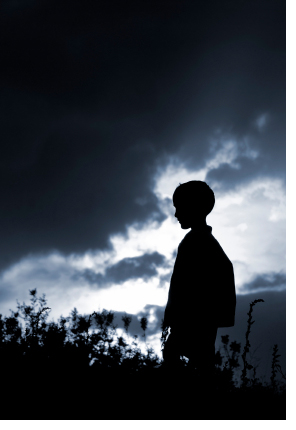 Halloween, 1982, and three brothers race through the darkness of a haunted suburban landscape. Frenzied in their quest, the boys cut a determined, unceremonious path across the well-manicured lawns of their little world. Their footfalls are crisp atop forgotten piles of long-dead leaves. They trample prized gardens slowly receding into dormancy. They pillage with all the vitality of their Viking ancestors.

The youngest of the three has fashioned a particularly unimpressive Spider-Man costume for himself: baggy sweat pants; red and black face paint smudged into an indistinguishable grey mess; magic markers on a blue cotton T-shirt, the webbing crooked and unfinished. He follows close behind his siblings, terrified he will lose sight of them, for, in truth, there is no actual radioactive blood flowing through his veins?he is brave tonight because of them.

The middle brother is Superman. This is difficult to ascertain at this point in the evening since the cheap elastic headband has already snapped away from the hard plastic pseudo-likeness of Krypton’s noble hero. However, beneath this mediocre visage is revealed the very likeness of Clark Kent?kind, honest eyes magnified through thick prescription lenses. And although the mask’s cruelly placed staples have scourged the middle brother’s temples, he moves forward, undaunted.

The eldest of the trio is Magnum, P.I. Jeans and a Hawaiian shirt complement the thick stroke of shoe polish across his hairless top lip while a Blue Jays cap suffices in place of the famed Detroit Tigers cap. He has reached the age where he draws contemptuous glances from neighbours eager to ration their crappy assortment of rocket candies and lollipops. He is passing from this realm of innocence, beyond the grasp of his brothers. In fact, in the eyes of his baby brother, he could very well be a mustachioed prime-time hero?the only difference being a Raleigh 10-speed bicycle in place of the Ferrari 308 GTS.

Porch lights and the flickering glow of countless pumpkins are extinguished. The brothers arrive home, bound in their conquests, their pillowcases stuffed to capacity. The spoils of triumph are dumped onto the shag carpet and inventoried. They calculate the precise number of chocolate bars that each brother has acquired (this item being the most coveted, of course.) They commence phase one of the gorging process, and then, once satiated, complete the annual ritual by each securing a viable hideaway for their hard-earned treasure. For, although the brothers are united in the evening’s victory, they are not above ransacking each other’s stash in search of the aforementioned coveted item.

Many Halloweens later, the children of Spider-Man, Superman, and Magnum, P.I. are plundering the neighbourhoods for the great glory of the almighty chocolate bar. The brothers are many miles apart now, separated by provinces and responsibilities. Despite the distances, though, the ghosts of the past will always draw them close. They can only hope that their children will one day be haunted in the same way.