Features
The Voice
On the Hill – Penny Wise

When Prime Minister Stephen Harper announced his new cabinet this week, the naysayers were quick to be heard, and one of their main arguments surrounded the extra seats at the table.

Indeed, it may seem like a curious decision in this economic climate for Harper to increase his cabinet by six members, from 32 to 38.

Especially in the face of recent comments by Finance Minister Jim Flaherty, who vowed to rein in the government’s operating expenses.

As the CBC reports, business leaders meeting in Toronto heard about Flaherty’s intention to put government operating expenses ?under the microscope of responsible spending.?

Departments will be given ?what they need to fund essential programs and services and no more,? and public-service salaries are clearly within Flaherty’s sights. Federal wages, he said, should ?not add pressure to businesses that are already feeling the pinch of an economic slowdown.?

So how does this square with the extra expense of all those new cabinet slots? In the narrow view, it doesn’t, but a look at the bigger picture shows that there may just be some logic to it.

First, It’s not as though the extra members translate into the additional cost of six full salaries. The cabinet members were elected as MPs (or sitting in the Senate), meaning that your tax dollars are paying their salaries whether they’re sitting in cabinet or not.

The main expense comes in the difference between an MP’s salary and the additional money That’s tacked on for the duties of a cabinet minister. (Following a 2.4 per cent increase in 2006, MPs were already in the top two per cent of Canadian wage earners.)

The question, then, is whether the extra hands on deck will result in better effectiveness. Will be getting our money’s worth, in the form of increased focus in areas such as Status of Women or the Sport portfolio? Does the shuffle of responsibilities mean that key economic portfolios, such as Industry and Finance, will be more effectual because there are more players on the team?

Not necessarily, especially when several of those players are rookies. A notable case is the high-profile Health Ministry, now headed by new MP Leona Aglukkaq of Nunavut. As the former health minister for the government of Nunavut, Aglukkaq comes with experience but there’s no denying the move to the federal level comes with a learning curve.

Overall, though, Harper’s decision to increase his cabinet seems to have been made shrewdly. Sometimes, as the saying goes, you have to spend money to make money. Now It’s time to see if the investment pays off.

On the Hill – Power Play 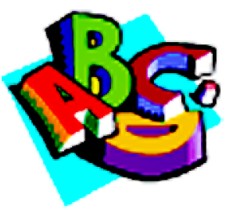