Columns
The Voice
From Where I Sit – Easy, Affordable, and Simple

Over the years I’ve bought many Remembrance Day poppies. This year was no exception. Each day I wear one on my outfit and another on my coat so whether I’m coming or going, inside or out, there’s no doubt that I remember.

Even the laziest and cheapest among us can do this. It’s easy, affordable, and simple. You needn’t be a philanthropist. There are no complicated or inconvenient instructions to follow. You simply need awareness, an understanding of why this matters, and as much or as little as you can afford to donate. So why, pray tell, isn’t everyone wearing a poppy?

At work I printed off a copy of John McCrae’s ?In Flanders Fields,? attached a poppy and slipped the paper into an eight-by-10 inch dollar-store plastic sign holder. It was simple, easy, and affordable. It adds a touch of quiet elegance to our front counter and hopefully sparks some recognition with anyone seeing it.

Just hours after I placed it there an elderly Legion member came by trying to sell us a wreath or solicit a donation. I gladly bought a petite version to sit beside my sign. It cost 22 dollars and will serve us for years to come.

How moving to see that on November 4, Queen Elizabeth II launched an electronic tribute to the 68,000 fallen Canadian soldiers of World War I.

Every night between dusk and dawn from now until November 11, the names will be projected onto the wall of Canada House in London. Each name, without rank, will appear once for eight seconds before being replaced by other names. The last name, George L. Price, will be projected at dawn on the 11th.

Vigil 1914?1918: Canada, the Commonwealth and the Great War is a trans-Atlantic tribute that moved westward to Halifax, Fredericton, Ottawa, Toronto, Regina, and Edmonton. It signifies the journey home that the fallen would have taken. This project was the brainchild of actor R.H. Thomson and lighting designer Martin Conboy to mark the 90th anniversary of the Great War. Veterans Affairs provided $300,000 for the project. Private, provincial, and municipal donations provided the additional funding to make this possible in six Canadian cities.

In doing the research for last year’s similar but smaller Vimy Ridge tribute, R.H. Thomson spoke to the 80- and 90-year-old children of the lost soldiers. He was surprised by the extent of emotion shown by these people so long after their fathers had died.

Nothing about Vigil is easy, affordable, or simple. And thank God for that. We need to remember the ultimate price these heroes (and their survivors) paid. We need to recognize that in 2008 other Canadians and their families are paying the ultimate price. We need to do what we can do: the easy, affordable, and simple act of wearing a poppy, saying a prayer, attending a cenotaph service. Anything less is a disgrace, from where I sit. 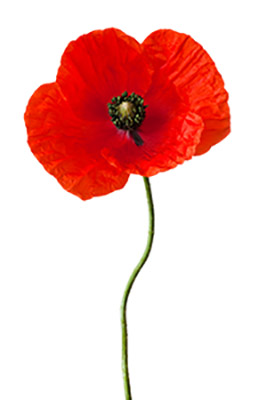