Columns
The Voice
From Where I Sit – Sad but True

As adult children, sooner or later each of us confronts the issue of elder care. Any older married person who doesn’t predecease their spouse will likely have to face the same heartbreaking issues.

For most people the choice of how and where loved ones will be cared for boils down to one of two options. Many will choose to care for their spouse or parent at home for as long as possible. This option comes with a huge cost, particularly for the female caregiver?wife, daughter, sister. These women often suspend or quit their ?real lives? for the duration of the illness.

Only after soul-searching and a realistic appraisal of the hard facts of the situation does the family relent and begin the admission process. No one I know makes this decision without guilt and heartache, no matter the inevitability of it.

Right now a friend is grappling with the decline of her father after more than one stroke. This admittedly difficult man?a tyrant to his children?is in a privately run long-term care facility in small-town Alberta. This facility has allowed not one, not two, but unbelievably five falls out of bed since the stroke and has been a source of frustration, disbelief, and sadness to his family.

In fact, the post-stroke treatment was a debacle. Everyone knows that if the patient gets a shot of medication within about four hours of the event, lasting damage is prevented or mitigated. In this case the doctor was not called, the patient was not transported to hospital; in fact, absolutely nothing happened until a day or so later.

And things continue to deteriorate. There is the heart-wrenching loss of dignity, power, and sense of self that often accompanies serious illness and the downward spiral to death. The patient becomes unrecognizable to the family. There is the loss of function and mental acuity, the mood swings, the anger and helplessness of the patient. It can and does make one weep for the loss. Tell me, in a prosperous province like Alberta should children have to feed, toilet, and turn their parent?

Should a family have to be there 24/7 to ensure prompt care and prevent abuse? Should families have to appear on the six o?clock news to cast the spotlight on elder care in this province after another tragic, preventable death?

There are no easy answers. The ethics of stopping (or not starting) treatment in cases with no hope of improvement is a topic far bigger and more complex than this space allows. We all understand the inevitability of death, the limitations of treatment, and the economic realities of staff shortages but heaven help us if we can’t assure some modicum of dignity for the most vulnerable among us.

As sure as the sun rises our day will come?first as a loved one and finally as the patient. There is no escape from this issue. It’s sad but true, from where I sit. 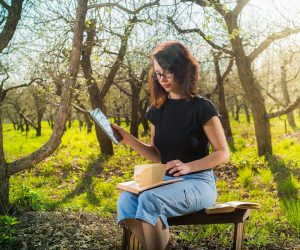