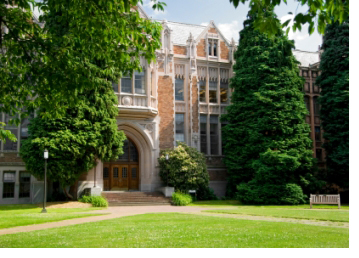 Aboriginal students aged 25 to 34 have a post-secondary completion rate of 42 per cent, and those aged 35 to 44 have a rate of 47 per cent, according to a study released by the C.D. Howe institute. Non-aboriginals come in at 68 and 62 per cent respectively.

The data took five years to compile, and reflects the state of education as of the end of 2006, when the most recent information was available.

Adrian Tanner, a former anthropology professor at Memorial University of Newfoundland in St. John’s, says the difference can be tracked to high-school graduation levels.

?Essentially, You’re dealing with people whose home life is a totally foreign culture to what is being taught,? he said. ?You can’t start at the post-secondary level; you’ve got to start earlier and get more kids who feel confident to tackle any post-secondary institution.?

Less than 40 per cent of aboriginals under 45 have a high school diploma, while non-Aboriginals have a nearly 90 per cent high-school completion rate.
Tanner, who has done multiple studies on aboriginal education in Newfoundland and Labrador, says the low numbers stem from an ill-equipped and under-funded education system that isn’t ready to prepare aboriginal youth for a future in post-secondary.

Part of this poor preparation comes from a lack of understanding between teachers and their pupils, he says. Young graduates, drawn by isolation pay, leave school after a short stint, giving educators little time to understand the issues faced by their students.

There is also a lack of aboriginal representation in the curriculum, says Tanner. Some aboriginal students feel the education system strips them of their identity.

?They’ve got to try, on the one hand, to prepare the kids for post-secondary,? he said. ?[Then] they’ve got to try and do this second job that the community is asking of them. That is to make sure the kids don’t grow up totally ignorant of their own people and their own way of life.?

Tanner puts the blame, in N.L. at least, on a lack of funding from government. Aboriginal education, for the most part, comes under provincial jurisdiction.

With a larger cash flow, he says the curriculum could be adapted to the aboriginal way of life. This would reduce the fear of loss of culture, increase the graduation numbers, and send more kids to higher education.

Things can be done at the campus level as well, Tanner says. He calls for university programs that incorporate aboriginal issues and prepare teachers for the barriers they may face in aboriginal communities.

Although all these efforts would increase the availability of education for aboriginals in N.L. and across the country, Tanner says it is still up to aboriginal students to take advantage of them.