Columns
The Voice
From Where I Sit – Signature Redefined

Several years ago I wrote a column entitled ?Signature? in which I raised the idea of adding a new definition to our understanding of what signature may mean. I suggested: ?the definitive way one distinguishes oneself? should be the new, grown-up definition. This passionate belief arose directly from my experience as a federal census taker in 2001 in a rural area near where I live.

In a short time I was exposed to hundreds of people I didn’t know and would likely never see again. It hit me that for better or worse everything we say or do becomes our signature. Every day in every way we choose whether we sign our lives with excellence and pride or whether we cut corners, take shortcuts, sign with shame. It’s the idea of doing the right thing whether anyone is watching or not. It’s the notion of karma and what goes around comes around.

I still believe it and try my damnedest to live it. I try to treat everyone I meet with respect without hope of reward or benefit. I try to walk the talk and lead by example. Naturally, I fail more often than I care to admit.

In the last few days I’ve heard two stories from friends that convince me there’s another dimension to this.

In one case an applicant was eliminated from landing a coveted job when one of the interviewers remembered something. All things being equal, sometimes a tiny fact or feeling is enough to either win or lose the job for a candidate. In this instance the applicant hadn’t kept his word and done what he had promised to do as a volunteer for another organization.

He was a no-show and let a charity down. Maybe he had a good reason. Maybe he had no idea that his action, or in this case inaction, would come full circle and be enough to lose him the job. He had no way of knowing that ?little thing? would be noticed by a stranger-cum-interviewer.

In another example, a former boyfriend of a friend’s new daughter-in-law has been behaving like an ass. And so has his mother. They are spreading lies and trying to sabotage the young woman’s new job. Once-friendly relationships with even extended family members have soured. Chance meetings cause averted eyes and abrupt changes in direction.

All this made for an interesting story in some bizarre ?aren’t people crazy?? kind of way. It took on a whole new importance when I discovered I knew both the estranged boyfriend and his parents. So here’s a family acting wacky in seeming anonymity when in fact someone they know (me) now knows they’re behaving irrationally. Would they care if they knew? Perhaps.

It all boils down to the whole six degrees of separation theory. There is no escaping our behaviour. Somewhere someone is aware of what we’re doing and because It’s a small world our most embarrassing, damaging, or dumb actions can come back to haunt us. It boils down to signing our lives with integrity and congruence, from where I sit.

From Where I Sit – Use It or Lose It 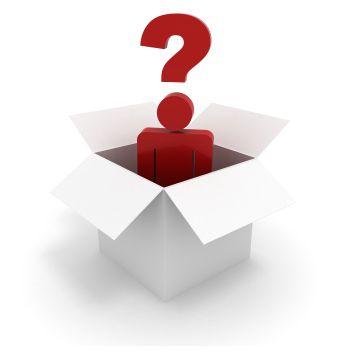 From Where I Sit – Signature