If your childhood unfurled in the days before cable TV and Nintendo, you may have done one of those craft projects from Family Living magazine in which you mounted your paper dolls on sticks for puppet shows. You may even have constructed background scenes from cardboard boxes, against which your stick puppets could play out your childish fantasies.

Well, that looks like what Sean Meredith and his cohorts have done with Dante’s Inferno in their movie of the same name. If you have any imagination at all, this concept alone will have your hair standing on end.

Dante’s Inferno, the movie, is a modern retelling of the book Inferno, the first third of The Divine Comedy written in the fourteenth century by Dante Alighieri.

In The Divine Comedy Dante recorded a medieval Roman Catholic mythology that forms part of a conceptual framework supporting more of modern thinking than we care to accept.

I kept looking for spiritual discernment here just as I had done when first reading the book Inferno. I couldn’t find any, and remembered that in the book the tour of hell didn’t grant Dante Alighieri any noticeable insight either; it took Paradise to transform protagonist, hence reader. 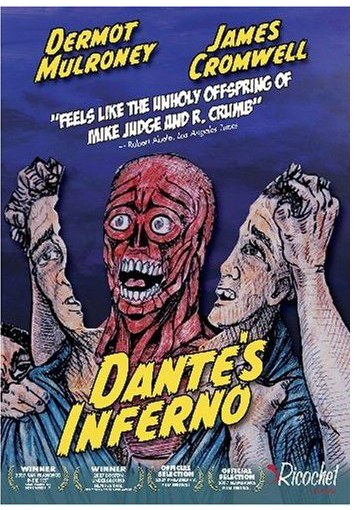 There is no spiritual dimension to the arbitrary application of moral standards, not now, not in Dante’s time. From unbaptized babies to sex addicts to gluttons, one is hard pressed to find a distinct pattern of truly righteous condemnation.

Maybe the reappearance?and re-examination?of this mythology constitutes a farewell to modernity and a formal ushering-in of postmodern thinking. Epics do, after all, emerge during periods of cultural decline: Virgil’s Aeneid during the decline of the Roman Empire, for example, and Dante’s Divine Comedy during a period of unbelievable corruption in church and state in medieval Europe. Perhaps the present time is ripe for a serious look at our preconceptions about the nature of sin.

So back to hell for a second: Is this justice? Were these people really so awful? And didn’t others deserve worse? And should quite so many popes be in hell? And why is Hitler condemned solely for consulting psychics?

A rehashing of the spectrum of misbehaviours typical of politicos, as much as it sounds like exactly what those of us on the left are always either hearing or saying, is just as meaningless an exercise as the moral posturing of the Dark Ages. Are we really morally superior for knowing how many affairs John McCain has had? Do we really have the right to gloat when corrupt politicians get caught and sentenced? Do we think we’re righteous enough to throw that first stone?

In the movie the character Dante is not changed by watching the sufferings of the damned. There are too many contradictions and discrepancies for him to see any spiritual sense in it, or even to discover what consistently not to do in order to gain a semblance of justification. To complicate matters, Dante identifies with many of the sinners.

This movie is no more politically correct than the original book and its era and even compounds the offences. Dante’s Inferno the movie casts a harsh light on Muslims, gays, and blacks, for starters. The movie does not attempt to provide a modern version of morality; its aim instead is to question the foundations of our concept of morality and how we apply it.

When faced with contradictions, dig beneath them.

I would dearly love to see Sean Meredith tackle Purgatory and Paradise. Sure it sounds preposterous, but so does Inferno with paper puppets on sticks. The frontiers are open.

Dante’s Inferno manifests seven of The Mindful Bard’s criteria for films well worth seeing: 1) it is authentic, original, and delightful; 2) it confronts, rebukes, and mocks existing injustices; 3) it makes me want to be a better artist; 4) it gives me tools which help me be a better artist; 5) it inspires an awareness of the sanctity of creation; 6) it stimulates my mind; and 7) it poses and admirably responds to questions which have a direct bearing on my view of existence. 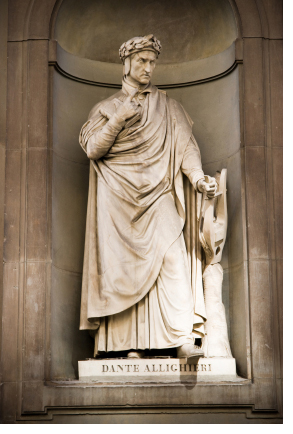