In this week’s profile, we meet computer science student Robb Corbett. Robb, a stay-at-home dad to two children, aged two and five years, explains why he switched careers from chemical technology to computer science. He also mulls over the socialization difficulty with distance education?and how he thinks it could be helped?and explains his strategies for dealing with burnout, including his ?gotta-have-it? study aid.

Robb, who already had a college diploma in chemical technology, decided to go back to school to increase his career prospects. ?I think that I went as far as I could in chemistry with only my diploma,? he says. ?I saw the . . . ceiling approaching fast.?

To break out of the rut, he decided to obtain a degree. Since Robb has always had a strong interest in computing, computer science was an easy choice. And because AU’s computer science degree is broad enough to cover most of the specialties available, he feels he has many options for the future. ?My personal preference is . . . programming,? Robb says. ?I would love to land a programming job on completion . . . but I also like UNIX/Linux work and web applications.?

Distance education was a perfect fit for his situation. ?AU lets me go somewhat at my own pace . . . something I need, seeing as my family life dictates a lot of the pace for me!? Robb says. ?As a mature student with a wife and one kid at the time, going back to a ?brick and mortar? school wasn’t really an option financially or time-wise.?

He was already familiar with AU from his uncle, a graduate of AU’s Master of Distance Education program. When a co-worker mentioned she was working on her degree one course at a time, ?that was the catalyst,? Robb says. He was able to transfer 39 of his diploma credits into AU’s Bachelor of Science in Computing and Information Systems post-diploma program, beginning his first course in 2005. Then he put his studies on hold.

?I . . . took a bit of a hiatus because I thought I could get an education grant through my employer,? Robb notes. ?[It] didn’t pan out, so I took a break.?

However, in the spring of 2007 he began studying for his degree in earnest. He explains: ?My wife took a great job opportunity out here in Sydney [Nova Scotia],? which meant the family moved from Alberta to the east coast. Since Robb already had to leave his Calgary-based job, he realized that this was his opportunity to work on his degree full-time.

?I decided to . . . pursue the life of a stay-at-home dad by day and student by night,? he says. He’s been working steadily since then, hoping to finish the degree within a few years.

For Robb, studying with AU is all about freedom. ?I’m in Nova Scotia attending a school based in northern Alberta!? he says. ?I can take my coursework with me wherever I travel . . . and if . . . we have to move again in the future, it won’t interrupt my degree.? Furthermore, he notes that ?AU does offer the speed to complete a program that I think you don’t always get from ?traditional? schools.?

This flexibility will allow him to implement a new study routine next semester. ?I have found . . . that working on only one subject for six weeks straight works well,? Robb says. ?I manage my pace better.?

For one thing, there are fewer distractions. Additionally, it leaves room for unexpected delays. ?There’s not as much contract date stress,? Robb says. He plans to approach his courses using this sole-focus method, which he finds works better for him.

How does he keep burnout at bay? ?I do get burned out!? Robb says. ?It’s learning how to manage the burnouts that counts.? He says his wife helps by reminding him to go to bed or to take some time off from the computer periodically. A sense of priority also keeps him grounded. ?My going back to school was a family decision, not just mine?because I knew it would affect everybody,? Robb says. ?The wife, kids, and family do come first.?

Being organized and self-accountable also helps, and Robb implements those concepts from the start. ?You have to set goals for yourself,? he says. ?Within the first week of a course I try to lay out a set of milestones and unit completion dates.?

Robb says he finds it helpful to use a computer-based calendar application ?like iCal or Google Calendar.? And although he will adjust the schedule periodically, he also recommends keeping a progress log in conjunction with the schedule. ?It helps to know where you are and where you need to be,? he says.

As for coping with the day-to-day business of studying, Robb has found an easy solution. His number one studying aid: earplugs! ?You really do have to block out distractions from around the house,? he says. ?I also sometimes turn on some white noise in iTunes to help me focus.?

While distance education works well for Robb, it does have its disadvantages. For Robb, the lack of personal interaction is something he misses. Although he’s had no difficulty communicating with tutors and classmates using email and chat programs, he thinks some classroom-style experience would enhance learning. ?It would be nice to have a ?live? session with a prof to discuss the topic,? he says.

Second Life, a virtual community, could be useful. ?The platform is prime for that,? Robb says. But he’s also aware of the difficulties. ?Not even all of the computer students have high speed internet access . . . and then there are time zone issues,? he points out. Another issue is differing schedules: ?[At] AU,? he says, ?people can, and do, go at their own pace.?

If nothing else, though, students should not be afraid to ask for help when they need it. ?Search the forums, email your tutor . . . search the web, email your fellow students,? Robb suggests. ?Even [those who] have completed the course . . . may still be able to help you.?

One resource is AUSU’s study buddy boards. ?they’re great for student interaction,? says Robb. He’s optimistic about the future of technology in classroom-style interaction at AU. ?I think if more people were to populate a group chat room or something we could get those kind of dialogues happening,? he says. 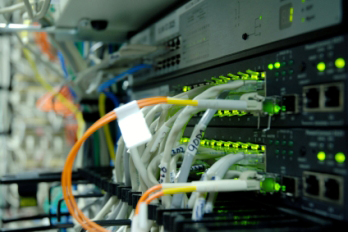 AU Options – Bachelor of Science in Computing and Information Systems