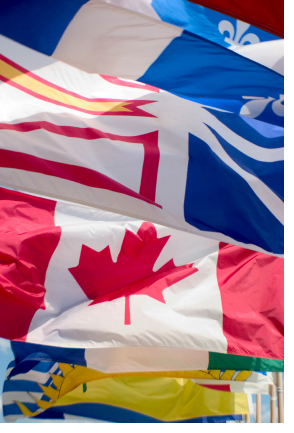 ST. JOHN’S (CUP) ? N.L. Liberal Education Critic Roland Butler doesn’t doubt Robert Simmonds? qualifications, but he does question the motives behind his appointment as chair of Memorial University of Newfoundland’s board of regents.

Simmonds was once one half of the Simmonds-Kennedy law firm?the other half being N.L. Finance Minister Jerome Kennedy. He also advised Kennedy during his 2007 campaign.

?I guess if You’re a friend of the premier or a supporter of the party, that is one of the perks of the day,? said Butler.

?Political appointments are not something new to government anyways. It’s been ongoing for years.?

As chair, Simmonds also takes the reins of MUN’s presidential search process.
The search was put on hiatus after it was revealed that Education Minister Joan Burke vetoed candidates, an act that was seen by critics as interference with Memorial’s autonomy.

Burke, who announced the appointment on November 18, says Simmonds? history as an independent and outspoken lawyer will serve him well in his new role.

Although the MUN Faculty Association agrees that Simmonds is qualified for the job, it is reserving judgment until a later date.

MUNFA President Ross Klein says the most important issue now is getting a presidential search underway without government interference. Memorial has been without a president since January 2008.

?For us, the way things are now, with the search being suspended, we view that as having a negative implication for the university,? said Klein. ?We would hope that when the decision is made by the board of regents and presented to the lieutenant governor in council, it would be approved and agreed to.?
Burke says she too wants to get the search underway.

?I think we need to clarify our roles; we need to get a permanent president in place at Memorial University. We’ve got a great institution there, we need to have this issue resolved and move forward,? she said.

To ensure Memorial’s independence during the new search, Butler plans to put forth a bill in the House of Assembly, N.L.’s provincial legislature, this week that seeks to change the Memorial University Act, which defines MUN’s relationship to the provincial government.

With the House stacked against him, he isn’t confident it will pass. Currently, Danny Williams? Progressive Conservatives hold 44 of 48 seats.

?Let’s face it. When it comes to the House of Assembly, our numbers are way down. There’s only four of us, only three on the Liberal side, and the [NDP] has one member,? he said.

If it doesn’t pass, Klein will still be calling for government to take a step back from Memorial.

?Our concern, whether the Act is changed or not, we want to ensure the university has the autonomy to choose who the president is,? he said.