Articles
The Voice
In Conversation With . . . Francesco Casetti

Francesco Casetti is a renowned professor of cinematography and author of the recent Eye of the Century: Film, Experience, Modernity (see Voice review here).

Mr. Casetti is chair of the Department of Media and Performing Arts at the Università Cattolica in Milan and was recently a Visiting Professor at Yale University. Recently, Mr. Casetti spoke with The Voice from Connecticut.

?The cinema is exactly this: an experience that vacillates between the possibility of an excitement beyond measure, and an adherence to measures that avoid all risk. It is the space between, in which the comings and goings serve to recover a balanced turmoil in order to arrive at what modern man needs: good emotion.?

Francesco Casetti, from Eye of the Century

What is ?Good Emotion??

Good emotion is strong emotion that you can experience without feeling lost. Having been a staunch semiotician I can never stop learning from everyday life.

When I live something intensely I’m on the edge; I’m at risk of losing myself. It’s like this when I fall in love?on the one hand I’m exalted, and on the other hand I feel lost. A good emotion is one you can live intensely while feeling safe.

Cinema has been exactly that. In front of you is an exciting, even dangerous life, but while watching it you feel safe. In this sense the film theatre is a harbour in which to enjoy the turmoil and the storm around you. You are living the storm, but you are in the harbour. I touch on this in the book during my analysis of King Kong.

What is at stake in Breakfast at Tiffany?s is self-acceptance. It’s true, She’s phony, She’s impossible. It’s true that life is a riddle. But in the end the film says, Be confident! This is the great message of the film. 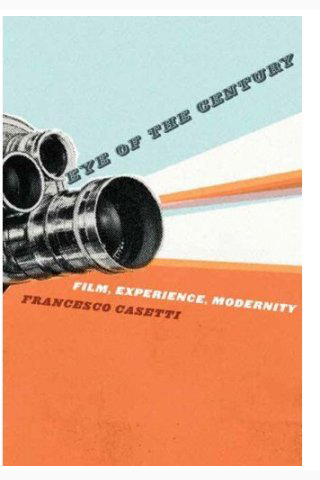 The twentieth century gave us almost impossible situations as a kind of challenge, situations in which we had to choose between things like freedom and duty. Film was the only art of the twentieth century that tried to find a compromise, a good compromise, between the two sides of the riddle. How do you compromise between being phony and being real? This is the challenge of modernity, if you think about it.

What is classical? That which is a model, and primordial, beautiful and ugly. There is a wonderful essay by Deluc called Cinéma Populaire in which he claims that the classical character of the western film is a sort of re-enactment of the old Greek tragedy. There’s a wonderful passage in which he speaks about Rio Jim, calling him the Orestes of our time, looking for his Clytemnestra.

What is the modern? It’s no longer the primordial model; It’s the clash and the coexistence of two different models at the same moment. The modern says, I’m the master of my life, but at the same time I’m overwhelmed by the intensity of my life.

In the modern world the subjective takes the place of God. Modernity is not a primordial model; It’s two opposite sides struggling and putting me in an uncomfortable position as to what to choose. Film provides a wonderful answer: choose both.

Watching movies is a public pleasure, if you will. On the one hand you are enjoying the movie as such, opening your mind to something. On the other hand you have the pleasure of taking the film apart and trying to understand what happens. In the same way you enjoy your own life; on the one hand you simply enjoy it and on the other hand you try to understand the meaning of what happens around you. What you have in films is this same double pleasure.

Film’s Place Among the Arts Today

It’s not the synthesis of the arts That’s important but rather the dissolution of borders. In this sense I’m still a film scholar. But I’m not so sure what film is today. Take YouTube. In a certain sense It’s still a kind of film theatre, but in another sense It’s not.

Today when I go to a theatre to watch a film It’s an incredible pleasure but a strange pleasure in a sense because I’m doing an archaic thing.

In the book I’m writing now one of my first questions is not ?What is cinema now?? but ?Where is cinema now?? The classical movies were able to inform, to give shape to our lives and to our desires?they provided a picture of life and desire. Now the inspiration for film is no longer human desire but the digital landscape. 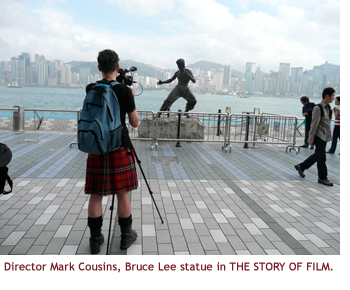