Columns
The Voice
The Mindful Bard – The Human Statues

If you follow this column you’ll have noticed my weakness for any music that sounds anything like my parents? record collection from the late ?50s, early ?60s, a trove that included a lot of pre-Beatles folk music.

Whether or not such comparisons are accurate, I feel an irrational dread when I hear new acts being compared to old acts.

Is it not possible to appreciate new music without seeing it as a bricolage of other acts? Is the music industry just like the movie industry, which demands that producers pitch new films as a combination of this and that other successful film (e.g., ?It’s like a cross between Shrek and Silence of the Lambs?)?

I’m going to carry out an existential experiment; I’m going to forget about the long list of musical influences The Human Statues has posted on their MySpace page and try to come up with comparisons having nothing to do with commercially successful artists. Here goes.

Yes, this music is something new, but it does take you back. 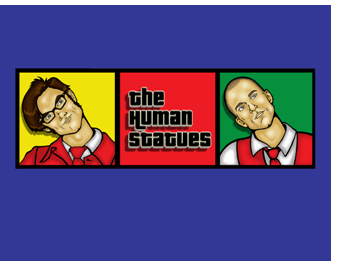 Back to summer camp where the male counsellors all have short hair, horn-rimmed glasses, and plaid shirts and artfully strum their guitars while crooning ?Where Have All the Flowers Gone? to some female counsellor you wish was you, some 19-year-old girl with her wide arse stuffed into tight pedal-pushers, her long tresses tamed by a wide elastic band.

It takes you back to that twilight time when the dark night of the ?50s soul was breaking out into the Age of Aquarius, an era that seemed so threatening at the time but which in retrospect seems so innocent and wholesome, a time of girl groups, hootenannies, Sterile Cuckoo, beatnik poetry, portable record players, Georgie Girl, and rec rooms.

The harmonies are glee-club tight and the accompaniment is both fitting and adventurous, evoking too many decades to count on the fingers of one hand.

Another thing I like about The Human Statues is that in spite of their well-scrubbed personae and rollicking songs they really do address the pain of living and provide, if not an antidote, a word of comfort, which in some circumstances is all we can hope for.

The core from which these lyrics emerge is clearly a broken heart grasping for meaning after the gut-punch delivered by the self-destruct intrinsic to love relationships. Yet the band states that It’s their quest to ?spread jubilation across the nation,? and this they accomplish by means of exuberant public performances of bouncy odes to failed or unrequited love.

Just as economic, political, and environmental gloom loom on our horizon The Human Statues provide an earnestly droll vision of the world to keep it all from getting too heavy.

The Human Statues manifests three of The Mindful Bard’s criteria for music well worth a listen: 1) it is authentic, original, and delightful; 2) it displays an engagement with and compassionate response to suffering; and 3) it provides respite from a sick and cruel world, a respite enabling me to renew myself for a return to mindful artistic endeavour.

In Conversation With . . . Jeff Bryant of The Human Statues