Articles
The Voice
Fiction – Ante Up 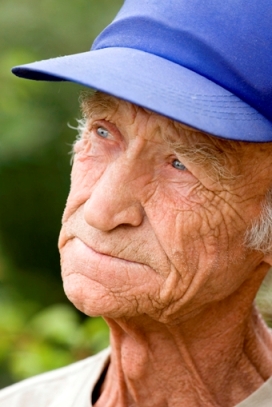 They sat and played their game in a bright and busy park; the old men could always be found there when the weather was good.

The game changed from time to time, sometimes rummy or crib or euchre, but they liked poker most of all and it was around this game that the most severe bets took place. The hand was dealt, their faces serious and composed. I leaned nearby on my cane, quietly observing.

?Ante up!? cried the dealer. There was a pause. Slowly, the man to his left spoke up.

?Our fifty-seventh anniversary,? he said, ?that was the last time Jeannie and I ever danced.? He sighed and paused, while the others let him take his time. ?My brother was there too. Glenn Campbell was on the record player, and we danced all night . . .?

After a moment, the next man spoke.

?Hey, Barney, remember when you and me was kids and we found that watering hole? We nearly drowned your sister goofin? off in that hole, swimmin? for hours on end and building forts. I’m gonna toss that summer; That’s the best one I got left and if that won’t win this hand for me, I’m better off without it.?

Barney cackled toothlessly across the table before gumming out a reply that suggested?mostly through vigorous nodding?that he was putting that memory on the table alongside his friend.

?All right,? said the dealer, sounding more like a circus ringleader than an old man. ?Twelve years old,? he said, ?beating the snot out of Jimmy Nicholls.?

?He’s the first kid that ever tried to steal my bike. I laid him straight out, boy.?

Barney shook his head vehemently, baring his gums like moist and shapeless fangs.

?Tom,? Barney’s friend said to the dealer, ?as usual I’m with him. That’s not nearly as valuable as what we’ve wagered here. George’s last dance with Jeannie and our childhood memories are worth more than a lousy fist fight over a bike.?

At this, Tom got rather flushed and I’m sure I must have too, for it was at that moment I finally understood; these poor, sad old men were betting with their own dreams and memories. This game was literally worth the very thing that raises us above instinct, that makes a person more than the sum of the parts: the ability to remember who you are.

?You guys have cleaned me out and you know it,? argued Tom. ?You’re lucky I haven’t anted my memory of how to deal these stupid cards. Take it or leave it.?

I suppose It’s best to cut the majority of the game from this account. The technical details are uninteresting at best?the game consisted mostly of similar bickering?but in short, Tom’s wager of a teenage brawl was accepted, and they played it through.