When the principal of Belleisle Elementary school in New Brunswick cancelled the daily singing of O Canada, few parents were made aware of it.

But the issue is suddenly front and centre after a Belleisle parent realized her daughter was forgetting the words to the national anthem?a fact that was especially disturbing to a family that had recently lost a cousin to a roadside bomb in Afghanistan.

Erik Millett, principal of Belleisle Elementary, cancelled the daily singing of the anthem in September 2007 in response to complaints from some parents.

News reports haven’t said exactly what those complaints were, and the Telegraph Journal notes that Millett ?didn’t ask specifically if their issue was with the anthem and its tribute to Canada, or if it is the inclusion of God in the words.?

In addition, Millett said the anthem was distracting to students as they attempted to start their day on time.

After consulting with teachers, Millett decided that O Canada would only be sung at monthly assemblies. That way, children whose parents did not want them singing the anthem could be easily excused. Currently, neither the school district nor the province has a policy outlining when the anthem should be played. The decision is left up to individual principals.

Susan Boyd is one parent who is lobbying to reverse Millett’s decision. As she told the CBC, students should not only sing O Canada, but should also ?talk about the anthem so the children will understand what it means, where it came from. What all the words [to the anthem] mean so they will know and take pride, and they should take pride.?

Annette Pollock’s grandson attends Belleisle and She’s also concerned about the ban on O Canada inside the classroom, saying that her grandson goes to hockey and that ?it’s pretty bad when you have to wait for hockey to teach him O Canada instead of in the schools.?

Almost all other elementary students in the district sing the anthem every day. A petition is being started to have the morning ritual brought back to the classrooms of Belleisle.

While Canadians are shivering through icy blasts, Australians are wilting in extreme heat, with three straight days of record-breaking temperatures that have climbed as high as 46 degrees Celsius.

To make matters worse, the heat wave has come during a meltdown in Melbourne’s rail service, and commuters have been left fuming after up to 300 cancellations in a single day.

As well, power blackouts have hit tens of thousands of homes and grass fires have been springing up in the extremely dry conditions.

Anger over the rail shutdowns has resulted in a row between the train drivers? union and rail operator Connex. As The Age reported, Connex claims that the cancellations were the result of ?an aggressive ?fault finding? campaign by the union.? The drivers? union angrily denied the accusation.

Thousands of commuters have been delayed or stranded in the heat as trains have malfunctioned, causing shortages. The executive chairman of Connex, Jonathan Metcalfe, has said that four out of five cancelled trains were safe to run, but that drivers were using high-pressure tactics in a bid for better working conditions.

On January 20, the government tried to ease the situation by offering free across Victoria on buses, trams, and trains.

Temperatures in the Melbourne area were expected to hit 43 Celsius again on Friday, then drop to around 35 C throughout the weekend. 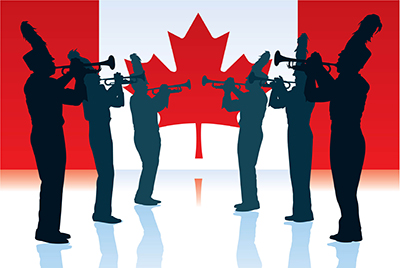 International News Desk – At Home: Know the North – Around the World: I Will Always Love You

From Where I Sit – Pride Amid the Tears