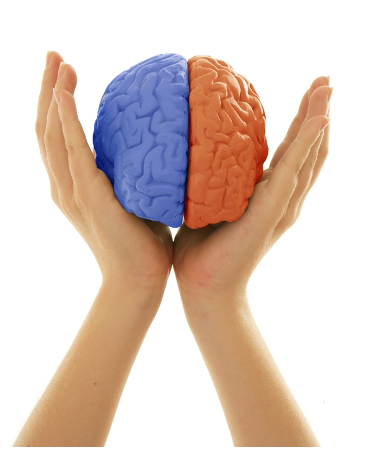 If You’re a post-secondary student, you’ve probably got at least one story that goes something like this: a final essay is due, You’re trying to find some online academic resources, and You’re staring at the 11,854,742 search results that turned up for ?19th century literature.?

How do you even begin sifting through all those results to find relevant academic sources you can use?

That’s a question Murray Goldberg thinks he can answer, and it can be summed up in one word: Brainify.

Brainify is a new social bookmarking site with a unique goal: to help university and college students do well in their courses by finding and collecting the best academic content on the web?then rating it, tagging it, and organizing it by academic discipline.

As Murray explains, Brainify will give students ?a way to build on the efforts of one another rather than reinvent them every time.?

It’s a project that follows several of Murray’s other initiatives in bringing technology and learning together. After 10 years as a faculty member in Computer Science at the University of British Columbia, he created WebCT, a software program designed to bring college and university courses online. He also co-founded a company called Silicon Chalk, which built software for students who use laptops in their classes.

Now, Murray hopes that Brainify will provide ?a place where higher education students can come to contribute and find websites that are meaningful to their education.?

With billions of web pages on millions of topics, finding information might not seem like a very big challenge. But as Murray explains, It’s a matter of finding what’s relevant.

?Google is great,? he says, ?but the problem is that there are so many resources out there, you need to spend a lot of time sorting through them to figure out which are the good ones, which are presented at the right level, which really hit the topic you are looking for, etc. And each time a new student does the same search, they have to re-do all that work to find the few best sites.?

With Brainify, members can add bookmarks to a growing database of sites that are ?placed in an academic topic hierarchy.?

It’s a hierarchy that will be built by the community (student peers and professors), and members can make it as specific as they want, adding topics and sub-topics as it grows.

Bookmarks can even be course-specific: professors can create groups based on certain courses, bookmark helpful sites, then allow students into their appropriate course group. 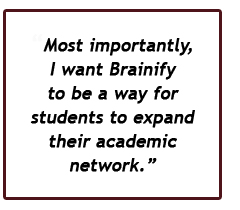 Students can also create groups, so if you’ve got a passion for wave-particle duality, you can find like-minded students from around the world and see what online resources they’ve found.

But with a growing community of members adding websites, isn’t there a danger of the same information overload found on regular search engines?of non-academic bookmarks being added, or bookmarks that aren’t relevant to their topics?

As Murray explains, It’s the community aspect that separates Brainify from standard search engines, and It’s that same community that has the ability to rank the contributions of other members, helping to ensure the relevance of the site’s contents.

And because Brainify is built on the idea of an academic community, members can do more than simply add bookmarks.

It’s a place, Murray says, ?for students to learn more directly from one another?you can ask questions and they are presented to others who are taking similar courses and degree programs. Most importantly, I want Brainify to be a way for students to expand their academic network.?

Even though students often have strong social networks, ?their academic network is typically limited to the people in their classes,? Murray adds.

And when it comes to students involved in distance learning, building those academic networks can be even more challenging.

Murray’s hope is that Brainify will help all students broaden their academic exchanges ?and the result will be a better educational experience.?

?The most important one,? he says, ?is that it clearly defines the community. It makes it more likely that the content there is going to be relevant to me as a student. For example, many websites exist on physics appealing to different kinds of users. But a physics website that is useful to a grade 3 student is not likely to be useful to a university student. Likewise, the comments of a grade 3 student, while relevant to them, may not be relevant to my education.?

One drawback to this system is that some universities (such as AU) don’t offer email addresses to students, but the Brainify team is working on possible solutions to the problem.

Murray is excited about the possibilities that Brainify and other educational technologies hold.

?The thing that I am most passionate about in terms of educational technologies and what they are enabling in education is that they are giving people a way to open up education to everyone. The reason Brainify exists is because you can learn almost anything you want online because there are the resources there to support that learning.?

As well, he says, ?universities all over the world are creating open course initiatives?putting all of their course content online. What can be better than allowing education to flow beyond the walls of the institution to people who, for whatever reason, cannot enter past those walls? In addition, technology is facilitating the creation of broadly distributed academic communities?something that (in my opinion) is necessary for education. We learn best when we learn from one another.?

Brainify is just starting to grow, and Murray believes that community participation will be key to helping it become a valuable resource.

?Brainify is only as useful and successful as its members want it to be. If everyone sits back and waits for the site to build?then it won’t.

“But if people believe in the ultimate value of having a site like this?well stocked with resources and a community of people I can learn from (and who can learn from me)?then they have to join and make a contribution of knowledge.?

The Creative Spark—How Not to Fail at School

The Creative Spark! – Live the Research