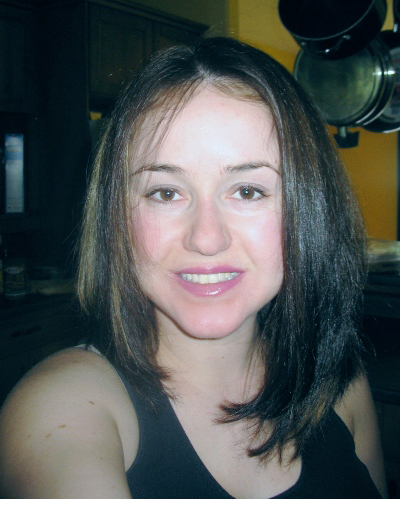 In 2003, Natalie Parnell graduated from Athabasca University with a Bachelor of Arts in Sociology. Five and a half years later, She’s back for more!

The student from Timmins, Ontario, explains how she initially chose distance education, and why, several years and a second bachelor’s degree later, She’s decided to return to AU. She also sheds light on how she juggles school, work, and family, yet still finds time for herself.

Life’s circumstances led Natalie to AU back in 2000, when she was finishing her first year at Lakehead University in Thunder Bay, Ontario. ?It was by chance that it all worked out,? she says. Her boyfriend?now husband?had recently lost his parents, and Natalie felt that she needed to be nearby to support him. The problem: their hometown of Timmins, Ontario, had no university.

Although initial research was somewhat frustrating??distance programs weren’t common at that time,? she says?she was happy to find AU, ?the most comprehensive option out there.?

She started out with one course, and found that distance learning worked so well for her that she transferred her Lakehead credits and forged ahead with AU’s program. ?I work very well on my own,? Natalie says. ?Some people need that classroom and professor, but I tend to get frustrated when I have an interest I can’t pursue because the class is waiting to do something else.?

The flexibility of independent learning was another plus. Not only did it allow her to study anywhere, but also at any time. ?[It’s] very handy with full-time work,? she says.

After graduating from AU, Natalie obtained a Bachelor of Education in North Bay, Ontario, while working full-time as a special education and literacy teacher. This May, she plans to begin the University of Calgary’s distance-based Master of Education in Applied Child Psychology. She was short two psychology prerequisites, but the decision of where to obtain those last courses was easy. ?I knew AU was the best place to go back to!? Natalie says.

Although She’s currently taking only two courses, in the past She’s combined a full course load??and sometimes more,? she says?with full-time work and raising her young daughter. It was a very busy time, but she was prepared.

?I had everything planned out from the beginning,? says Natalie. She knew in advance where she wanted to be in her courses, and stuck to her deadlines. ?That meant times when I slacked off . . . I had to make up for it!? she laughs.

Having specific, long-term goals has also helped as a focusing tool. Natalie planned to obtain her Bachelor of Education after the AU degree, and applied before completing it. It was a source of motivation: ?the pressure was on!? she says, adding that she really needed to push to finish those final few courses on time.

Now, She’s leaning toward child psychology after her work as a resource teacher has heightened her interest in that area. ?I’m at the point where I want to do more, but am limited because I don’t have that grad degree in Psych,? she says. ?I would like to practice independently as a psychologist.?

But nothing’s set in stone: ?Psychiatry would be a longer road, with med school and all,? she adds, ?but I haven’t ruled it out!?

Natalie is motivated, but sometimes struggles with cutting back. ?I’m not good at relaxing,? she admits. However, she makes an effort to factor in some downtime so she doesn’t get burned out. ?I like to read, write, and watch a few of my favourite TV shows with my husband,? she says.

Will her approach change when she begins the master’s program? Currently, her plan is to continue working full-time while studying, although she acknowledges that plan might be difficult in practice. ?I think the master’s is going to be a real challenge as far as expectations go,? she says candidly. ?That might be a reality shock for me in terms of balance and planning.?

Regardless, she’ll find a solution to keep things in perspective, and encourages other students to do the same.

?Find a method that works for you, and don’t let people tell you that it can’t be done,? she says. ?It can take a while to get used to working by yourself, but once you find what works, you’ll be flying!?

Editorial – On the Bubble