Articles
The Voice
In Conversation With . . . Tina Piper of Creative Commons Canada

Creative Commons is an international movement that aims to free up access to creative works by providing creators with alternatives to traditional copyright arrangements. Creative Commons licenses have been drafted by the national organizations to help artists announce the specific rights they grant along with the public release of their work.

They also provide a burgeoning number of works of art, music, and literature that are freely available for enjoyment and for the creation of derivative works.

Tina Piper, a barrister working for Creative Commons Canada, recently spoke with Wanda Waterman St. Louis on the potential benefits of Creative Commons licenses. Wanda presented Tina with a hypothetical case: a songwriter who wants her song to be heard by as many people as possible but also wants to be credited as the song’s writer and to receive the bulk of any revenues the song generates.

Who Owns the Copyright to My Song?

Once you create the song you immediately own the copyright to that song. It’s up to you what you choose to do with your copyright. If you like, you can register the song with SOCAN, one of the better collective licensing agencies in Canada. In addition to getting your song registered with SOCAN you can also get a Creative Commons attribution, non-commercial license for your song, which would ensure that you get credited as the song’s writer and that if the song is ever used for commercial purposes you can legally demand a portion of the revenues.

There’s a lot of ambiguity in the law right now regarding what kind of rights inhere in music, particularly because in the US there have been a number of decisions at various levels of the court saying that taking any portion of a piece of music is a copyright infringement; even sampling a two-second fragment of a song, if It’s sufficiently recognizable, would be a copyright infringement. A Creative Commons license would allow others to use your song more freely, knowing exactly the terms and conditions under which they should be using it.

How Do I Get a Creative Commons License for My Song?

You have various options for this license. You can choose commercial or non-commercial, derivative or non-derivative. If people see the Creative Commons logo they know that they can share and reproduce that material (under the specified conditions). They don’t have to ask. And if anyone wants to post your song on another website, the icon (along with the terms and conditions) would have to be posted along with it. 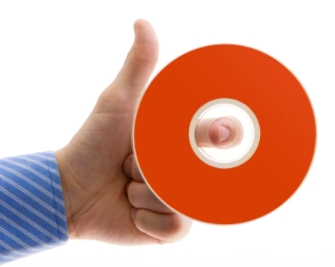 You Mean I Won’t Lose Money if I Have a Creative Commons License for My Song?

This ends up helping artists because it means that for commercial uses they get paid and for non-commercial purposes, for promotion and for expanding their fan base, even though they’re not paid they can exercise greater freedom and therefore be more effective in getting the word out.

Part of the idea behind Creative Commons is that the traditional model of copyright has been based on transferring the sharing of ?the thing,? ?the thing? being the music, the poems, the song, the photograph, etc. We started to think that maybe It’s not ?the thing? that people want to pay for, but the experience. The other thing we found is that even if something is made freely available It’s not that people don’t want to pay for it. So you can make something available under Creative Commons and then under the terms of a pay-as-you-will kind of license if you want.

One of my colleagues refers to this as the tip-jar model, which is not necessarily a bad model for starting artists who, if they sign onto a label, don’t see much money anyway in the first years (they might in fact be paying back the label for three or four years).

It’s something each individual has to look at in terms of what they hope to achieve.