In an effort to stop people from crossing the border to buy discount beer, the New Brunswick government has launched its own brand of suds. But the subsidized brew has many people upset, including ?local brewers and at least one Quebec business owner,? as the CBC reports.

Selection Lager and Light are the new beers being brewed exclusively for the New Brunswick Liquor Corp. (NBLC), which is a Crown corporation. Moosehead Breweries, based in Saint John, are doing the brewing.

In January, NBLC’s president Dana Clendenning told a legislative committee that the corporation was losing about $12 million in sales a year. By crossing the border to Quebec, beer drinkers in New Brunswick can buy ?24 cans of beer for as little as $25.? In contrast, the lowest allowable price in NB is 12 cans for $18.67. The province sets minimum prices on alcohol as part of a social responsibility program.

Many business owners, including microbreweries, claim that the move is unfair competition, especially given the size of NBLC, which had nearly $380 million in sales during the last fiscal year. As Shaun Fraser, president of Moncton’s Pumphouse Brewery, told reporters, ?For the government to put one of their Crown corporations in direct competition or in business with their own citizens and their own entrepreneurs, you know, I mean whose money are they playing with when they do this??

Australia’s Crown Casino has been fined $15,000 for giving $500,000 in free chips to a chronic gambler during a ?marathon binge? at the casino’s baccarat tables.

Along with the fine, The Age reports that gambling addict Harry Kakavas ?is suing Crown for more than $50 million.? Kakavas had been playing in one of the casino’s private salons when he ran out of money. Although gambling regulations prohibit gaming chips from being given out unless they’ve been paid for, casino staff gave Kakavas free chips three times. Reporters were told that a senior employee at the Crown authorized the chips to be handed out.

Beginning in 2005, Kakavas had allegedly lost $30 million at Crown’s baccarat tables in a ?14-month gambling spree.? His lawsuit alleges that the casino’s management repeatedly tempted him back to gamble, even though he had banned himself from the casino in the past.

At least one observer objects to the fine as being too light. Mark Zirnsak, Chairman of Inter-Church Gambling Taskforce, told reporters, ?This strikes us as a trivial penalty on the operation the size of Crown and does highlight the need for tougher penalties for these levels of serious breach.? 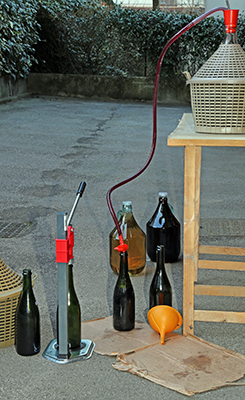