Articles
The Voice
In Conversation With . . . Todd Snider

Todd Snider is a singer-songwriter based in East Nashville, Tennessee. His songs are mostly gritty down-home narratives about losers, low-lifes, and mice that roar.

Snider plans to release his next album, The Excitement Plan, June 9 on Yep Roc. Read the Voice review of his latest CD, Peace Queer, in this issue.

Life and Times of a Sofa Circuiteer

I grew up in Beaverton, Oregon. The neighbourhood was called Raleigh Hills. It’s beautiful there. My family was jockey, republican. We were also kinda rich ?til I was 15. Then we went bankrupt and lost everything. My father took a job in Houston.

I stayed there about a month and a half. Then my dad had to drive back to Portland for business and said I could ride with him so I could see my friends. My plan was to get there and run away and I did. That was right before my junior year in high school. I was not estranged from my family though?they were okay with it. From there on it was sorta what I call the sofa circuit.

I didn’t grow up around music and still can’t read it or write it. I learned guitar when I was about 19, from following Jerry Jeff Walker around and watching his hands. At the time I was in Texas, where almost everybody plays guitar, so lots of people helped me, too.

I just picked it up because it seemed like Jerry Jeff was singing about the sofa circuit, which I thought I had the experience to do. It also seemed like a way to improve myself as a sofa circuiteer, and it did. It’s a lot easier to bum a couch if you can play a few songs. And if the songs are about bumming the couch everybody gets excited. Next thing you know You’re bumming boat rides and shit.

How did you learn to find so much beauty, humour, and joy in such squalid scenarios?

From being in squalid scenarios, I suppose, and trying to find those things for myself or see them in my friends. I don’t usually do fiction stuff.

Can you describe the process you generally undergo when you write a song?

It takes months and sometimes a year or more. And I do it every day, first thing in the morning, and then a few more times throughout the day. Just kinda compulsively, like cigarettes. Most of the songs I work on get thrown out or go unfinished.

Can you describe the development of ?Is This Thing Working??

It began as an attempt at an analogy of the war on terror. This story was my first draft analogy of it. A second, more educated draft would have required too much research and I didn’t want to do that. I also thought by that time that the story itself no longer needed to be an analogy of anything to interest me. So I kept at it and finished it that way.

Now to me It’s this story song that just kinda comes on like it might be two story songs, which I dig more than what I set out to do. It took a long time to do the words and even longer to figure out that there wasn’t music. 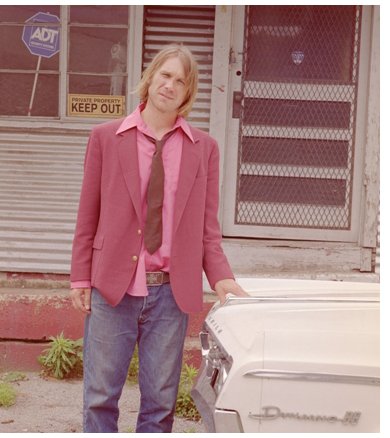 What do you need in your life in order to be creative?

Are there any books, albums, or films which have been landmarks in your life?

Tao Te Ching about 10 years ago, Jerry Jeff Walker, Gypsy Songman, about 20 years ago. Where the Buffalo Roam with Bill Murray about 30 years ago. That’s pretty much my act.

What is it like to be a subversive songwriter in the American South?

It’s very muggy in the summer here in the buckle of the Bible belt but I live in one of the many little bubbles we have hidden throughout the South.
My town is East Nashville. It’s hippy town. All the major Southern towns have a side That’s hippy town.

Most of my shows are in that part of the Southern towns and I try to stay on that side of town wherever I am.

Do you hold to any political ideology or religious beliefs?

What music have you been listening to lately?

Mostly ?50s rock and roll and some early ?60s garage rock and roll. Not records, just songs. I just figured out iTunes and iPods last year and adore them both. I’ve been listening to Miles Davis a lot in the tub lately too but That’s on a normal old record.

To unwind I like to be with my wife at my house, build a fire in the backyard, throw a bunch of garlic on it, play with my dog Cowboy Jim, and get stinking drunk.

Are you coming to Canada anytime soon?