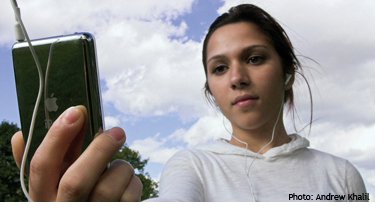 U of M professors say podcasts are one-way, lack conversation

Available at the ITunes store, prominent universities such as Stanford and MIT, museums, and other cultural organizations provide video and audio podcasts for free to the public.

?ITunes itself has many users and It’s pretty low cost. It’s an easy way to engage various populations in the general public, or even potential students.?

The project began with a core group of pilot schools, with Duke University being the first.

In 2002, Duke offered their incoming freshman class IPods to use with their courses. Stanford was offered this opportunity as well, but challenged Apple to develop concrete academic uses for IPods and ITunes.

According to Izutsu, ITunes U has many advantages, including content that is easily available to those with access to computers, not just IPod owners.

The lectures are distributed publicly and monitored for academic quality.

Recently, a study published at the State University of New York-Fredonia measured the performance of 64 students, half of whom listened to a lecture via podcast, and half whom attended the live lecture.

Students who listened to the podcast averaged 71 per cent on the follow-up test, while those who attended the lecture averaged 62 per cent.

However, Dennis Hlynka, professor of curriculum teaching and learning at the University of Manitoba, is skeptical about the accuracy of the study and the academic value of the podcasts in general.

?A C grade is so low . . . and there were so many variables in that study. It didn’t really make any sense. So when you look at it that way . . . whether or not anyone learns anything, who knows?? said Hylnka.

So far, the U of M is distributing a weekly news podcast, but no academic podcasts.

?I think what I do, it suits it better to have a live person there, because what You’re doing is You’re having a conversation,? she said.

?Even if It’s live, even if You’re seeing a live feed of a lecture, you still miss something simply because you can’t [interact]. You don’t have them right there. You can’t talk back to them. You can’t ask them a question.

?The whole lecture stays what it was in the beginning; there’s no chance of it being taken down in any other path because of what someone says. That’s what you get in a lecture that sometimes technology takes away.?

Hlynka also points out that podcasts have to try to apply to any number of viewers.

Others are exited at the new progress in technology and what it means for education.

Karen Smith, U of M professor of curriculum teaching and learning, gave an example of when she has integrated new technology into her class.

?If I teach something that has a global perspectives . . . I want the students to get a real sense of that in the world. And they may be hearing a podcast and then on the right-hand side of the screen in our class, they’ll hear other people . . . even in other languages, commenting on the speaker or asking questions while the speaker is speaking,? said Smith.

?I’ve found that those kind of things add to [our world] and add to our sense of being in touch with a broader range of research.?

At Stanford, Izutsu says podcasting is not aimed at replacing traditional lectures.

?Professors in the future will have to stay ahead of technology and integrate technology more in their classes, but I don’t think that traditional methods of teaching are going to change constructively so much that students don’t attend class,? said Izutsu.

?I think part of what you pay for in college is that interaction with your professors. I think That’s a very important part of education.?