Articles
The Voice
In Conversation With . . . Rennie Sparks of The Handsome Family

The Handsome Family is the singer-songwriter husband-and-wife team comprising Rennie and Brett Sparks.

Often referred to as ?the Gomez and Morticia Adams of country music,? their remarkable, highly original songs have been called alternative country, alternative folk, and Americana, among other things, but sound like a genre unto themselves.

Their recently released ninth album, Honey Moon, was recently reviewed by The Voice. The following are notes from a conversation between Rennie Sparks and Wanda Waterman St. Louis.

It’s always hard for me to talk about music. Sort of like trying to describe a dream that seems to take only one second yet when you start trying to tell the story of it you end up talking for hours and never really getting to the heart of things. Still, I do love murder ballads and I feel like they are so misunderstood that I was compelled to write about them for the University of Minnesota lecture (?Old Weird America?).

Murder ballads are so much more about life and love than death and dust. Women, especially, are prone to seeing them as simply misogynistic, but I honestly think they are remnants of pre-Christian nature worship or mother goddess worship. Women in murder ballads are fearful creatures, without ever lifting a finger, and must be killed with magic knives and every drop of their precious blood collected.

I think murder ballads are a key element in the folk tradition that American folk came from: British Isles folk music (Irish, English, Scottish). Again, I really think these songs are the memories of very old nature worship or blood rituals. They are powerful blood magic still.

From the British Isles to Appalachia

When you start hearing so many songs with so many repeated lines you start to see the patterns backwards. Ruby-red lips and lily-white hands abound as well as golden daggers, rushing rivers, Sweet Williams and Pretty Pollys. It was very exciting to me to realize that we have such a vibrant path of song leading back all the way to the seventeenth century (and in some cases earlier).

A Fascination with Bizarre Americana

It all started when we first heard the Louvin Brothers doing ?Knoxville Girl.? It was so brutal and so beautiful, so terrifying and so romantic. So many things. I wanted more. We found Harry Smith’s Anthology of American Folk Music after that and were completely hooked forever. Hard to go back to listening to the Ramones with the same satisfaction as before. 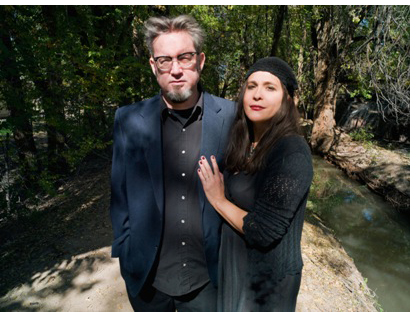 I hope it works well. doesn’t always feel that way. We struggle with every song we write. None come quickly and some never get finished. Mostly I begin with lyrics and a rhythm and then Brett finds a melody and then we try to lay down some tracks. It’s always surprising to me what he ends up doing with my words and very exciting for that reason.

On Being in Searching for the Wrong-Eyed Jesus

We had mixed emotions. I’m not from the South nor am I Christian so I was slightly annoyed at their insistence that my writing comes out of a Southern tradition. I did think it was gorgeous to film the South in the winter so that all the swamp and bramble looked so stark. I also felt like some of my very favourite musicians were in the film. It was slightly dangerous to be standing on a raft in the water holding electric instruments while cameramen in motorboats circled closer and closer.

I always credit Vic Chesnutt’s album Little with inspiring me to write lyrics. It just made me think of lyrics as this incredible storytelling tool for the first time.

Brett has a master’s in music history and played in a lot of bands as well as sung in church choirs, medieval ensembles, and played lots of instruments (including harpsichord and prepared piano). I played bassoon as a kid, but never really thought of myself as a musician. I was always trying to be a writer. It was a revelation to find I could become a writer by becoming a musician.

I grew up on Long Island in a very rural area. Very wooded and isolated and I was always terrified at night. Brett grew up in the desert and was very religious and self-assured until he got to college, lost his faith, and started drinking.

How did you come up with your name?

Sort of halfway between the Manson Family and the Carter Family. 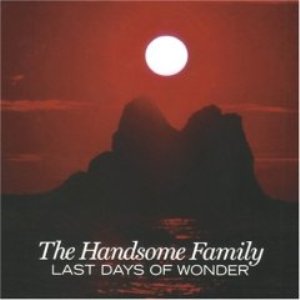 The Mindful Bard – The Handsome Family – Last Days of Wonder