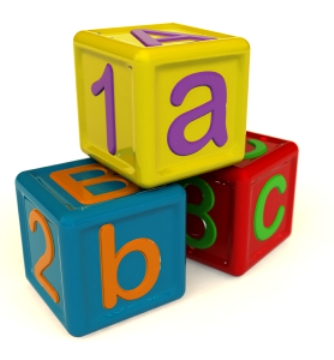 The first-year new-media student at Toronto’s Ryerson University did a Hooked-on-Phonics-type program growing up. He had a tutor until he was in high school.

But there’s no getting around the fact that Friedman’s literacy skills remain at what he dubs ?below average? for a university student.

?I never really got to a strong point where I would read . . . like leisure reading,? he said.

According to a report published in February by the Canadian Council on Learning, 20 per cent of university graduates fell below Level 3 on the 2003 International Adult Literacy and Skills Survey.

Level 3 indicates the minimum standard of reading and writing skills needed to deal with everyday life and hold down a job.

Friedman’s lucky enough to have already learned strategies to get around any literacy issues. For example, if he’s reading large passages of text for a class, he’ll break it up over a few days to make it easier to manage.

He graduated from high school with an 81 per cent average and never doubted he would make it to university. But seemingly few Ryerson students who still need help take advantage of the resources provided by the university. Lucie Moussu, director of the Writing Centre, has not seen anyone with serious literacy issues use the Centre’s services.

?Maybe students who struggle the most have a hard time coming here because they feel a little bit more like they are perceived as the losers or something,? she said. ?I don’t know. I hope not.?

It’s also difficult to evaluate whether a student needs more intensive help over a 50-minute tutoring session, especially when many only use the Centre once.

But some students don’t even realize they could be writing better. A study released last Monday from the Ontario Confederation of University Faculty revealed that university professors feel like their first-year students ?expect success without the requisite effort.? These results came from an online survey of about 2,000 professors and librarians.

Sometimes, says Moussu, students ask tutors to check their grammar but ignore other suggestions to improve their work to A-grade level.

?Often they lack the self-reflective skills, in the sense that they write and they think It’s OK,? said Moussu.

The few students who seek help are often multilingual, trying to find ways to express their thoughts in another language, Moussu adds.

Marju Toomsalu, English as an Additional Language (EAL) programs director at Ryerson, points out that multilingual students are already very literate in their native tongues.

?Some of them are very good writers,? she said.

But since the Canadian Council on Learning report used tests only conducted in English or French, the results can’t distinguish between newcomers with truly low levels of literacy or those who just need more training.

David Olson, literacy expert and professor emeritus at the University of Toronto, has trouble believing that people are becoming less literate. ?There is the indication that literacy is higher than it was a century ago because there are more graduates from high school and university,? said Olson.

While more people are graduating than before, education still has to adapt to suit the needs of a broader population. It’s not just the whiz kids getting degrees anymore, says Olson.

However, students read and write a lot less than they used to, he said. Instead, they’re using computers and logging online.

?You might say what educators believe to be important is students should write a lot more and they should talk a lot more in schools and in colleges than they do at present,? said Olson. He suggests that every student write a little more, even poetry.

?Any kind of writing . . . because It’s through writing that you really improve your literacy skills,? said Olson.

From Where I Sit – Literacy Matters