Columns
The Voice
The Mindful Bard – From Counterculture to Cyberculture

Book: Fred Turner, From Counterculture to Cyberculture: Stewart Brand, the Whole Earth Network, and the Rise of Digital Utopianism

Publisher: The University of Chicago Press

How You Gonna Keep ?em Down on Maggie’s Farm After They’ve Seen Cyberspace?

?Between the late 1960s and the late 1990s, Brand assembled a network of people and publications that together brokered a series of encounters between bohemian San Francisco and the emerging technology hub of Silicon Valley to the south. In 1968 Brand brought members of the two worlds together in the pages of one of the defining documents of the era, the Whole Earth Catalog.?

Fred Turner, From Counterculture to Cyberculture

I remember an issue of the Whole Earth Catalog lying around the house when I was a teenager back in the 1970s.

It had been given to my parents by friends, former Californian communards whodunnits’d lugged it all the way to Nova Scotia where they were homesteading in an effort to climb, as so many were doing at the time, their own back-to-the-land rainbow.

The Catalog seemed huge, its paper tactile, and it had a striking cover photo of the earth from space. And it was chock full of the most incredibly useful information. I remember the fluttering excitement with which it was read, discussed, and passed around.

I have no recollection whatsoever of personal computers appearing in its pages. But the rise of the personal computer and its potential to create interpersonal networks turned out to be the most consequential topic written up in the Catalog.

Turner shows how thinker and entrepreneur Stewart Brand, founder of the Whole Earth Catalog, used the counterculture emphasis on equality and freedom to promote the personal computer as a tool for progress, thus instigating the process by which the 1960s New Left slowly morphed into the 1990s New Right. 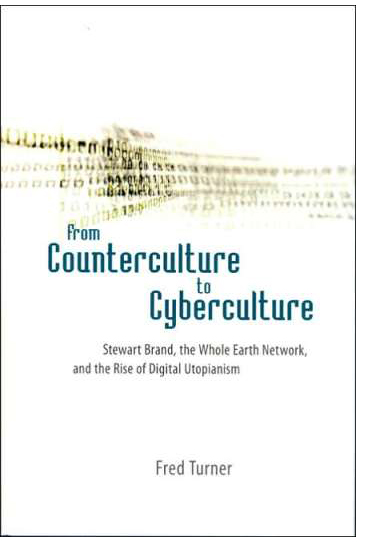 Stewart Brand was largely responsible for both shaping this movement and bringing it to public awareness. One impetus for Brand’s deliberate reshaping of our ideas about computers was that horror he’d felt as a young man at the thought that he might eventually become just another industrial drone, a fear common to many children growing up during the Cold War (that and the fear of getting nuked) and in the light of which counterculture ideals now look suspiciously reactionary.

Brand foresaw an alternative society, one in which business and technology could make things better, in which there were no more hierarchies, and in which creative solutions were continuously being generated. Brand was one of the first visionaries to see the potential of the personal computer to make all this possible.

In July of 1997 the cover of Wired bore the following claim: ?We’re facing 25 years of prosperity, freedom, and a better environment for the whole world.? Looking back, do we laugh or cry?

Turner believes that in large part the failure of both 1960s counterculture and 1990s cyberculture to create sustained peace and prosperity for all God’s children was rooted in the deliberate abdication of political activity.

Turner provides some clues as to how political involvement had become verboten, first within the counterculture and then within cyberculture, but another cause springs to mind: the digital utopians, like the flower children, seemed to be under the illusion that they were creating a new world, cut off from an old world which had become outdated and superfluous.

The error of this mindset becomes clear after reading Cultural Amnesia by Clive James. Too many important lessons of the 20th century alone have been forgotten already, and as for the tradition of Western thought going back to ancient Greece?did it ever really happen?

Anyone who’s read Plato will have a hard time arguing in favour of turning on and tuning out, and anyone who’s read Candide or taken a serious look at Thoreau will have absorbed the notion that sooner or later you have to take the knowledge you’ve earned in the backcountry and bring it back into some form of civic activity. It’s part of being a grown-up.

A society in which the best young minds spurn ancient wisdom and political activity is a society that quickly abandons itself to greed and imperialism. We know this; we’ve seen it happen.

From Counterculture to Cyberculture manifests four of The Mindful Bard’s criteria for books well worth reading: 1) it confronts existing injustices; 2) it renews my enthusiasm for positive social action; 3) it stimulates my mind; and 4) it poses and admirably responds to questions which have a direct bearing on my view of existence.

Nature Notes – From the Backyard to the Biosphere. The Nature in a New Light: Readings to Inspire