Columns
The Voice
The Mindful Bard – My Winnipeg

The Great White Northern Garbage Dump of the Gods

Present at the medium’s table that night were our city’s most respected city fathers, including the incorruptible Mayor Cornish, and the madams?or shop stewards?of our illustrious brothel collectives, women respected for their political acumen and clout in the community.

At the racing stables a squirrel sets off a spark in a power line and the paddock catches fire. The horses tear out in a panic and plunge into the river.

But It’s very cold and the horses freeze solid in the midst of their wild thrashing, their heads preserved like furry sculptures jutting from the ice, necks twisted, eyes bulging, tongues lolling.

For weeks afterward groups of citizens trek out to see them, inspecting the heads, stroking them, sitting on them, and smiling happily as they have their pictures taken with them.

Are we supposed to believe this actually happened? Yes. 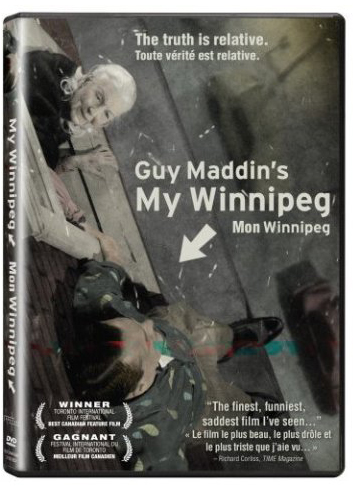 I know a certain delusional fellow who holds everyone mesmerized with his stories. Many of his most incredible yarns have turned out to be perfectly true, whereas some of his more commonplace anecdotes have proven bogus. Watching My Winnipeg feels exactly like listening to this guy talk.

It also feels like a bout of amnesia I once had, during which family and friends had to watch me wandering around in a daze for hours reciting the anguished mantra, ?I’ve been dreaming for so long . . .?

A testament to the cosmic richness of the creative imagination, this film takes a northern redneck city and makes of it a veritable Byzantium (or Sodom and Gomorrah?).

Maddin reveals the bizarre and the ridiculous, the sacred and the profane, without a trace of contempt, rather honouring, even celebrating, the base and absurd. Everything presented in this film is achingly beautiful, even the things that make you want to laugh, scream, or gag.

My Winnipeg is a jolting succession of strange memories and even stranger reflections on their meanings, an arresting portrait of an utterly helpless human being attempting to escape the sordid terror of his own psyche.

The narrator is making his escape by train at night, sitting with a group of friends around a bottle-strewn table. The crew cannot stay awake. As they all do the jelly-neck head-bob our hero occasionally wakes up, looks out the window, and makes some heartbroken observation about the city of his youth as it goes whizzing by in the gloom.

He’s never alone in this train compartment, although he is always the only one awake. If you’ve ever attempted to make group art (music, dance, film, etc.) you may have experienced the same sensation?that the lot of you are stumbling half asleep through a strange but familiar landscape, the end being the creation of a coherent work.

Like Dante in Purgatorio, Maddin has to plumb the depths of depravity and practically crawl out Satan’s ass crack in order to find any kind of salvation. Seeking true self he plumbs the subterranean self in order to escape it and finds in the end that escape is only to be found in the creation of this film.

My Winnipeg manifests eight of The Mindful Bard’s criteria for movies well worth seeing: 1) it is authentic, original, and delightful; 2) it confronts existing injustices; 3) it makes me want to be a better artist; 4) it gives me tools which help me be a better artist; 5) it displays an engagement with and compassionate response to suffering; 6) it inspires an awareness of the sanctity of creation; 7) it is about attainment of the true self; and 8) it stimulates my mind. 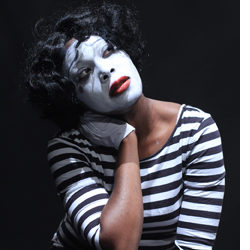