OTTAWA (CUP) ? The federal government is getting students into the auto business.

The program will support research projects that aim to design next-generation automobiles. It is part of the government’s approach to getting the failing car industry back on track.

In addition, the Natural Sciences and Engineering Research Council of Canada established an Automotive Project Office, acting as both a press office for the program and a hub connecting industry and research to program facilities.

According to Industry Canada: ?Proposals funded under this initiative will be led and submitted by university or government researchers, but they must be clearly driven by industry needs.?

At the program’s launch in Toronto, Clement stated it was important that research and development of automotive manufacturing was ?brought into the marketplace where everyone can benefit from them.?

That research and development is indeed the most beneficial when brought into the marketplace was debated by leaders at Canada’s two largest student lobby groups.

Graham Cox, the Canadian Federation of Students? national graduate caucus chair, argues that universities are not the most ?appropriate? place for the development of ?market-ready products.?

?Having monopoly industries and government bureaucrats trying to direct university research stifles, instead of increases, the rate of innovation,? said Cox.

?It is contradictory to say that the lack of innovation and vision by the corporate sector is part of the automotive-sector crisis, but then implement policy where that same monopoly industry, and now government bureaucrats, are directing university researchers to get innovation.?

Cox also says that since the federal government cut funding to granting councils, the project amounts to a ?re-introduction? of these funds but with ?commercialization strings attached.?

Zach Churchill, national director of the Canadian Alliance of Student Associations, welcomed the new program but voiced similar concern over cuts to research funding in other areas.

?While we understand the government’s desire to fund research on new technologies,? he said, ?we still believe that research is important for discovery.?

?If we want to be thought leaders in the world, it is important that we do not only target funding in very specific ways, while cutting research funding in other areas. When it comes to research, the government can’t rob Peter to pay Paul,? Churchill added. 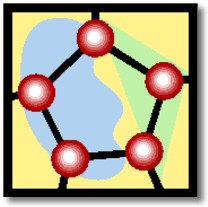