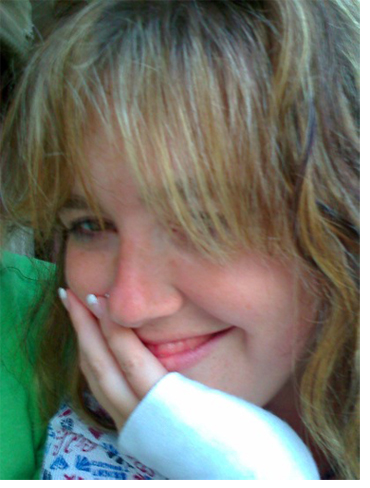 In this week’s profile we meet Laura James, who’s been studying in AU’s Bachelor of Commerce program for nearly a year.

What’s the biggest advantage of distance study? ?Being able to stay home with my son,? says Laura, whose 27-month-old son and part-time work at his daycare keep her on her toes.

Here, she explains how organization keeps her sane, and what she relies on to combat distractions and the temptation to procrastinate.

Laura, an accounting major, was first introduced to Athabasca University by her dad. ?A lot of people from his work go through [AU] to do their upgrading,? she says.

Its non-traditional delivery was appealing to Laura, who had completed part of her high school diploma via distance study.

That experience encouraged her to continue learning independently; in fact, She’s found that independent study and the ability to schedule her own study time suit her learning style better than classroom-based schooling.

?I have to be . . . in the right mind state to [study],? she says. ?I have never been able to sit and listen to lectures.? During high school, she says, ?I couldn’t pay attention [and] ended up skipping all the time.? With distance learning, school is available when she is.

Although Laura enjoys the method of study, she acknowledges that there are downsides to distance education. For her, dealing with distractions is a challenge. Laura has found that the non-school-related tasks on her to-do list sometimes keep her from fully focusing on her studies.

?I think of something else I have to do [and] then it bugs me until It’s done,? she admits. Fortunately, she has a supportive fiancé who provides accountability.

In the past, she says, he’s sat down with her while she was studying to make sure she kept focused: ?I remember one time he sat at the table for three hours flipping [the] pages because I kept getting up to [do housework],? she recalls. When it comes to staying on track, Laura says, ?my fiancé has a lot to do with it!?

She also finds organization to be the key to successful studying. ?I live by charts and routine,? Laura says.

At the beginning of each week, she sets up a weekly calendar listing what she needs to accomplish each day, and keeps it on her fridge. It’s a visual record of where She’s at: ?After each task is completed, I highlight it,? she says.

She also has several planners in various locations, such as her purse, kitchen, and study area. Is it overkill? Not according to Laura, who finds it easier to concentrate on studies if she has constant reminders. ?It’s always there,? she says.

How does she stick to her schedule? She schedules in personal time every week, and if she doesn’t finish her studies or housecleaning tasks before then, they encroach on that time. It’s a big motivator for Laura, whose busy life means she especially values that downtime: ?I hate having to put schoolwork [and] cleaning on the ?me? days!? she says.

Although in the short term she hopes to work as an accountant, Laura’s long-term plans involve starting her own business. In the meantime, she’ll get a little practice in entrepreneurship: over the next few months, she plans to offer daycare out of her home, starting with three or four children.

Distance learning may be difficult at times, but the end result is going to be worth it, she encourages.

?Just . . . keep faith in yourself, even when the times are rough,? Laura says. ?There’s always a light at the end of the tunnel.?