A group of parents has launched a constitutional challenge against Ontario’s McGuinty government, claiming that private, faith-based schools in the province are discriminating against disabled students by ?refusing to fund certain ailments.?

The parents, representing eight children, say funding in private, faith-based schools is available to their kids only if they have certain disabilities.

As the National Post reports, the parents claim that blind, deaf, or learning disabled children are being excluded.

Ira Walfish, a spokesman for the group, explained to reporters that ?students are forced to make a choice between their religion and their disability.?

The problem lies in a distinction between Ontario’s Ministry of Health and the Ministry of Education. The education ministry only provides disability funding to public schools, while the health ministry provides coverage for all children. According to the parents? group, children who are blind, deaf, or learning-disabled are ?judged to be the responsibility of education, and thus are denied funding when they attend private schools.?

A Toronto court is scheduled to hear the case May 27 and 28.

In a first for the nation, a city in New Zealand has created a law banning gang patches and other insignia in public. Wanganui, a river city 200 kilometres north of Wellington, has given police ?the power to arrest, seize and fine wearers? of gang patches.

The New Zealand Herald reports that other cities with gang problems may enact similar laws. Michael Laws, the mayor of Wanganui, told reporters that banning patches ?removes gangs? most powerful and intimidatory weapon.?

The new law follows another recent anti-gang measure, this one in South Australia where gangs themselves have been outlawed.

Wanganui’s mayor said that signs ?designating gang-free zones? could be in place by July. An MP for the city, Chester Borrows, told reporters that the law would have a serious affect on gangs because their codes demand that members do not lose their patches for any reason. Wanganui has been plagued by gang problems. In a 2007 incident, a toddler was shot and killed during a gang dispute.

Along with new powers to arrest those wearing gang patches, police will be able to seize and destroy the insignia. Wearers can also be fined up to $2,000. 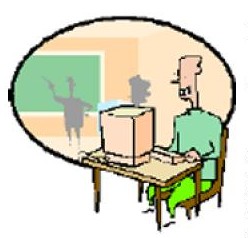