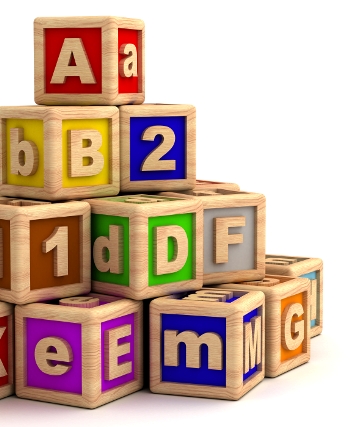 In all my time spent as a childcare worker, I had never received a parent complaint about my performance.

Not until near the end of my childcare career, that is, when the father of a child in my care lodged a complaint against both my co-worker and myself.

We had failed in our duties, he said. A young girl was harassed, assaulted, and compromised while under our supervision.

While this occurred, I stood by and, worse than idle, encouraged the offences. Why would I encourage such an atrocity? What had happened to enrage this father so?

Hugs are shocking and indecent acts, I admit, especially between toddlers. On this particular morning it was raining when the little girl arrived at daycare.

She’d been home sick for a few days, and it was clear when she walked into the room that she would rather be at home still. As soon as her father began to step out and shut the door, tears rolled down her cheeks. She silently cried.

It was then that innocent little Michael approached with his big blue eyes full of concern. He quietly said, ?It’s alright. He’ll come back and get you later. You don’t need to be sad.? As he hugged her, I told him that he was a very nice little boy.

Michael smiled, took the hand of the girl (who was no longer crying), and offered to play blocks with her. She smiled. Little did we know that the girl’s never-before-unreasonable father had witnessed the scene as he peered in through the classroom window.

He immediately returned, went straight to the director’s office, and remained there for nearly an hour. As a result of ?the incident? our director informed us that hugging must now be ?strictly forbidden,? since it is known to ?cause problems.? Children who hug are to be told that they must keep their hands to themselves because it is not nice to touch their friends in any circumstances.

Ironically, though I must act so swiftly to end gentle hugs, it is considered ?too harsh? to use the word ?no? when one child hits another. After all, when a larger, stronger child pins a smaller one to the ground and proceeds to whack their victim in the head (repeatedly), the primary concern in the matter is to validate the feelings of both children involved, rather than ridiculously protecting the physical well-being of the weaker.

We can’t forget the emotional damage we could do by neglecting to validate the feelings of a developing child. We must always swiftly empathize and validate to assure children that we value their individuality. Using the word ?no? with children is mentally and emotionally damaging. Children who hit need to be reassured, not reprimanded.

Not like children who hug. Comforting a sobbing classmate ?causes problems.? Hugs must be ?strictly forbidden.? Damnable acts, hugs are.

That’s not to say I work in a bad daycare. It certainly isn’t. In fact, It’s not only licensed by the local children’s authority, It’s also accredited as a ?Centre of Excellence? by an independent province-wide organization. It has a deservedly spotless reputation. The director is genuine, warm, and caring. Each of the staff has been handpicked for his or her qualifications and ability to encourage and facilitate children’s physical, social, mental, and emotional development. Children at the centre receive maximal praise and minimal discouragement.

Unless they hug, that is. Hugging must always be discouraged.

And somehow these children of the daycare era manage to grow into adults. As children, they are taught that it is wrong to hug, but are reassured and validated when they strike or lash out at others. Suicides abound throughout North America, but children are taught never to hug a crying friend. Children bring weapons to school, sometimes even killing fellow students, but children who hit others are reassured.

Perhaps It’s time that we take a careful look at the messages we’re sending to the next generation in North America. When a two-year-old boy kindly hugs a teary-eyed friend and suffers worse consequences than the three-year-old who deliberately strikes another, something is very wrong in society. We wonder why some young adults display so little compassion: It’s time to review the lessons we’re teaching children.

And maybe if we’re progressive, take chances, and live dangerously, someday we’ll even be able to loosen up to the point that innocent little two-year-old Michael can hug a crying two-year-old friend.

On Assault (as Committed by a Two-Year-Old)

The Good Life – The Magic of Stories