Would It Help if Love Songs Weren’t Just Meant to Get You Into Somebody’s Pants?

‘Many years ago
Somebody else stood right where I’m standing now.
Somebody drank the water that I drink.
Now that It’s the new millennium
You just gotta stop yourself and think;
That’s when I’ll meet my demise.
That’s when I’ll finally look into your eyes.’

You older girls, remember that guy you once knew, the one who told you never to fall in love with him because that Meatloaf song (?Two Out of Three Ain’t Bad?) like, totally summed up the way he felt about you? Yeah, that guy.

Well, Rah Rah just ripped up that guy’s words and fed them to him.

The thoughtful pop culture aficionado is never content with hearts and flowers and ‘Breaking Up is Hard to Do,’ partly because the sentimental lingo is common as dirt and partly because no individual experience of love can be poured into a mould. And one of the things we look for in alternative music is a way to stretch and de-stereotype our culture’s views about romantic love.

Oddly, a CD called Going Steady by a band called Rah Rah sounds like a perfect receptacle for formulaic rhyming clichés about the meaning of love and loss.

It isn’t; It’s about feeling ugly, facing your mortality, feeling emotionally cheated, wondering why your urges seem so strange and perverted compared to everyone else’s, never finding the right words, and the search for a real, enduring communion with another soul.

There is truly some delightful stuff coming out of Regina in general and Young Soul Records in particular. Rah Rah is as blithe and creatively fetterless as their friends (and Young Soul cohorts) Library Voices but with an emotional vulnerability that rides their comic arias like Lady Godiva.

There is nary a trace of that male egotism found in so many rock songs in which the male is just too broken, independent, or exceptional to be in a committed relationship.

Going Steady is about young love’s shadow side. If Rah Rah’s viewpoint is as legit as it looks, this shadow side is actually much more engaging and fun and real than the world of crimson and clover.

?If I was Cuba, you would be Peru.? Just think about that for a minute.

Going Steady manifests five of The Mindful Bard’s criteria for music well worth a listen: 1) it is authentic, original, and delightful; 2) it confronts and mocks existing injustices; 3) it renews my enthusiasm for positive social action; 4) it is about attainment of the true self; and 5) it provides respite from a sick and cruel world, a respite enabling me to renew myself for a return to mindful artistic endeavour. 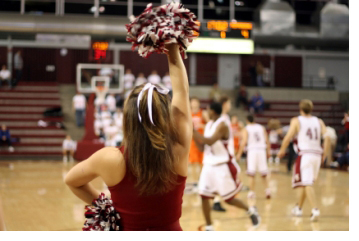 In Conversation With . . . Rah Rah