When BettySoo was heading for her high school reunion she remembered how she’d felt at not having been picked as most anything?not most beautiful, not most likely to succeed, nothing.

And then she realized that out of more than five hundred students only six had been picked for these awards and that not being picked actually made her normal. But she couldn’t dismiss the pain and rejection she had felt, and so she wrote the song ?Never the Pretty Girl.? I doubt there is a girl alive who, having survived adolescence, cannot relate to the sense of personal exile expressed in this song.

BettySoo is a singer-songwriter with elements of blues, gospel, and an overall country flavour in her music. A background in English studies and a propensity to guzzle serious literature has granted her skill with word craft; her song lyrics are deceptively simple, and her voice is the perfect vehicle for drawing out their shades of meaning. 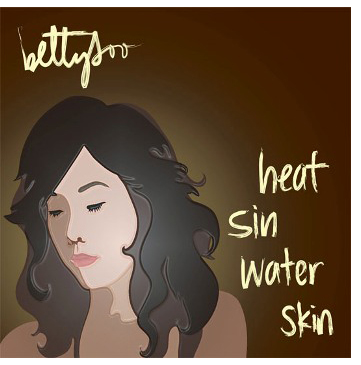 BettySoo’s exquisite voice and heartfelt presentation of these fine songs brought this CD into the higher ranks of recent folk recordings, but the contributions of famed producer Gurf Morlix is inestimable. His sensitive instrumentation, keen ear, and personal ease are as evident here as they were on Sam Baker and Lucinda Williams’s recordings.

BettySoo’s version of Hank Williams’s ?Lonesome Whistle? is truer to the words of the song than any cover I’ve ever heard. (Listen to the guitar solo.) And ?What We’ve Got? is a poignant celebration of eros (romantic love) mixed with storge (domestic bliss), a combination strongly recommended by the late C.S. Lewis.

What disappointed me in careers of singers like Alanis Morissette, Joni Mitchell, Janis Joplin, et al., is that sense of doomed karma, the seemingly inescapable fate of always going mad for the noncommittal guy, the heartbreaker. BettySoo, in contrast, just seems so, well, emotionally healthy.

The presence that comes to the fore in these songs is that of a young woman who is not afraid to be vulnerable, or to be honest about what she feels, or to live and love freely and generously and yet always with a view to embracing the deepest goods.

Heat Sin Water Skin manifests five of The Mindful Bard’s criteria for music well worth a listen: 1) it is authentic, original, and delightful; 2) it displays an engagement with and compassionate response to suffering; 3) it inspires an awareness of the sanctity of creation; 4) it is about attainment of true self; and 5) it provides respite from a sick and cruel world, a respite enabling me to renew myself for a return to mindful artistic endeavour.

BettySoo was recommended to The Mindful Bard by Jela Web of West Sussex, England.