Blending the Then, the Now, and the From-This-Album-Forward

?My mother, Alice Coltrane, passed away unexpectedly on January 12, 2007. I cannot fully describe the significance of this loss . . . My offering to her memory and to her meaning extends from this album forward. I will spend the rest of my creative life humbly honoring her spirit.?

What first struck me about this CD was its serenity. Then when I discovered that Ravi’s mother, Alice, had died only two years ago and that this album had been composed and developed in the wake of a terrible grief, well, that made it hard to hear certain tracks without tearing up.

Ravi had been close to his mother, had even produced and performed on her last album, Translinear Light, in 2007. And her death had been unforeseen.
The music of Ravi’s father, the late John Coltrane, if criticized at all, is criticized for being too cerebral, too intellectual, too polyrhythmic, and for not being danceable, this from people convinced from their soles to their crowns that being danceable is one criterion for ?real? jazz.

But these critics are ?of a certain age.? Jazz has come to mean far more to younger boomers and generation Xers than a Saturday night Lindy Hop. Some of us actually listen to it during meditation and religious devotions, while painting, or we just give it our undivided attention while doing nothing, and for these purposes John’s A Love Supreme stands within the pantheon of la crème.

In this sense Ravi has taken up the flame and yet he really can’t be called imitative (if he were, his father’s playing is only one among many influences). The name of the album is as much expressive of Ravi’s mixing of jazz’s traditions with its perpetual novelty as it is of his use of varying atypical rhythms (sometimes several at once). 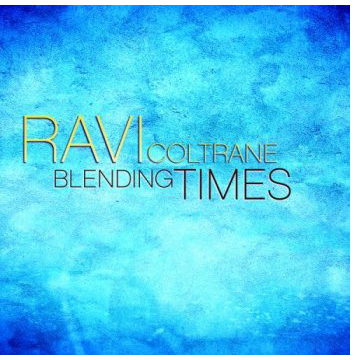 From the first elysian piano chords and surf-like cymbals this album is a treasure trove to be opened again and again. At times Luis Perdomo’s remarkable piano playing sounds eerily like Alice Coltrane on her recordings with John, and Ravi’s tenor playing sometimes sounds so much like John’s . . .

So much like, but not quite like. Forty years have passed since John’s death and Ravi has been developing as a musician in a new era. What we hear in Ravi’s playing is the John Coltrane aesthetic (calling it nature or nurture is irrelevant) interwoven with 40 years of Latin rhythms, Vince Guaraldi’s Charlie Brown compositions, Eastern melody lines, avant-garde composers, bebop, maybe even a little fusion. And whatnot.

Ravi seems deeply sincere as a musician/composer, and I sense that he’s just as sincere as a person. In a genre in which band members turn over like fry cooks, Ravi has kept the same musicians for the last seven years. Their symbiosis is so tangible you feel like You’re one of them, getting ready to make a response to somebody’s call, adding a chord here, a brush stroke there, and trying to anticipate Ravi’s next sound.

?For Turiya? is a song Charlie Haden wrote for Alice Coltrane and performed with her in 1976. The harpist Brandee Younger opens the track with a breathtaking and poignant harp solo (the instrumentation is especially apt given that Alice herself played harp as well as piano) that mixes angelic runs with Latin chords and comes to form an idyllic backdrop to Ravi’s stunning tenor.

One area that engages The Mindful Bard is the question: How does art respond to pain? This album comprises a significant portion of the answer.

Blending Times manifests nine of The Mindful Bard’s criteria for music well worth a listen: 1) it is authentic, original, and delightful; 2) it makes me want to be a better artist; 3) it gives me tools that help me be a better artist; 4) it displays an engagement with and compassionate response to suffering; 5) it inspires an awareness of the sanctity of creation; 6) it is about the attainment of true self; 7) it provides respite from a sick and cruel world, a respite enabling me to renew myself for a return to mindful artistic endeavour; 8) it stimulates my mind; and 9) it poses and admirably responds to questions which have a direct bearing on my view of existence.