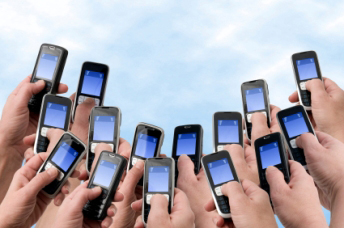 On Thursday, August 6, the social networking world was rocked: Twitter was down for two full hours.

So life-altering was the denial-of-service attack against the micro-blogging site that the Wall Street Journal (the Wall Street Freakin? Journal) published articles on not only Twitter’s outage (and Facebook’s similar disruptions) but also interviewed celebrities on what the outage meant to them as well as asking its readers what they got up to in those Tweet deprived hours.

Is this how important Twitter and Facebook (and to an ever smaller degree, MySpace) have become? That without constant contact with friends, family, and the random people you have allowed to be your friends or followers just to bulk up your numbers, we achieve a collective level of loneliness or loss of purpose so great that it reaches newsworthy proportions?

Maybe It’s a good thing I suck at social networking.

I’ve never been much of a joiner so I never had any interest in MySpace or any similar websites before last year. I never participated in any extracurricular activities in high school nor did I attend a great deal of school dances (I would have considered participating in more than just my core studies if my school had offered more than just sports or the Michael Jackson fan club by way of extramural activities. I find this to be quite telling of both my school’s priorities and my high school experience as a whole); the dances I did attend, I spent the hours making fun of people while safely sitting at the back of the bleachers. To me, not being on Myspace was a point of pride. Much like having never watched Titanic, I was secure in the knowledge I was unlike every other girl my age. And then Facebook came along.

Facebook was appealing to me in a way MySpace wasn’t: if I joined Facebook, I would finally get my sister to shut the hell up. If I got one more email requesting that I sign up or one more snarky comment from her saying that I couldn’t see her latest vacation photos unless I logged onto Facebook and added her as a friend, I would’ve gone on a homicidal spree.

At first, I admit, I loved Facebook. I loved adding silly comments to people’s photos. I loved posting notes. I loved receiving friend requests. But all too soon, the honeymoon was over. The honeymoon being, of course, when I toed that line in the sand where you reach the limit of your real everyday friends and have to begin hunting for the people you haven’t seen since grade school just so you don’t seem like the only loser on Facebook with less than a hundred friends.

Sadly, I reached my limit at six (I’m not including the family members I dutifully added as Facebook friends, my mother’s friends she insisted I add as friends, or the people I added as friends but kinda wish I hadn’t and can’t think of a way to kick them off my friends list without them noticing; those folks push my number up to a measly 30). 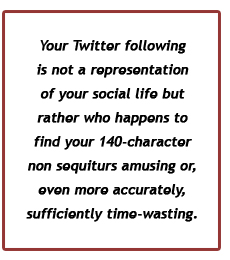 At first my fingers itched to add more people as friends, to scour other people’s pages adding acquaintances as ?friends? while poring over school yearbooks and employee lists from work just to bump my numbers and make me look cooler to the people who don’t already know me well enough to know I only have a handful of friends. I was desperate. I felt that my lack of ?friends? was a judgement against me as a person. I felt like I had failed at a website.

Even still, I couldn’t bring myself to do it. I would be turning into exactly what I’ve grown to hate about Facebook?the desperate poseur.

They not only have every person they attended high school and college with listed as a friend but also the parents and siblings of those people. They check their Facebook throughout the day, at work, at school, even ignoring the people sitting right beside them to do so. Witnessing this extreme level of socialization feels very much like sitting back on the bleachers again, watching everyone else dance.

A small part of me is jealous that they have pseudo-relationships I don’t have, but I’m mostly glad that I don’t have to try so hard. I have come to accept my pitiful, hermit-like existence both online and off and while I like and appreciate the easy connection Facebook provides, like hell am I going out of my way to foster any kind of extraneous friendships.

If you haven’t noticed by now, I am not so much a social butterfly as I am a social slug. I am perfectly capable of being social?at times I could even be called ?pleasant??but I would much rather be at home alone watching television than I would at a bar surrounded by strangers. I am a big fan of interpersonal connection but not if I have to go out of my way for it. Obviously I’m not alone in this and That’s why I think people lost their minds for two hours on August 6.

Unlike its precursors, very little is required from you to enjoy Twitter. Having ?followers? does not have the same connotations having ?friends? has. Your Twitter following is not a representation of your social life but rather who happens to find your 140-character non sequiturs amusing or, even more accurately, sufficiently time-wasting. Twitter offers a connection to millions of people and their millions of thoughts with none of the hassles of poking, giving gifts, or adding comments.

Twitter is for those seeking to connect much more than Facebook is. Facebook is about the presentation, the photos and the ?friends.? Twitter is about the quick news flash, the random thought, and what you just ate, which is much more revealing than any photo album of you getting smashed at the bar could ever be.

While my hermit-like way prevents me from being a frequent and followed Twitterer, I understand why the Twitter-less felt so deprived. Twitter is no different than reading notes scrawled on a bathroom wall; it is proof that someone has been where you are and left their mark before fading back into the ether. Whether that note was left for you alone or for a million to read, it is a unique link that has bonded you to someone who could very well be millions of miles away.

You have read someone else’s thoughts and maybe, just maybe, understood them better for it. For some that loss of connection was surely profoundly lonely, but what do I know? I suck at social networking. 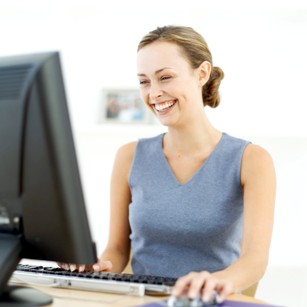