“lonely child, frozen north
where the great Niagara flows
winter nights would get so cold
had me sleeping in my clothes
but the starlight glow of the vacuum tubes
revealed a world unseen
at five below, on the radio
I heard the drums, from New Orleans”

For our recent interview Gurf had to come out of the bush to access a computer long enough to answer my questions. He’s been staying in a cabin in Ontario for the summer. Writing. For a guy reputed to have more long-term genuine friendships than pickles in a jar (this in a world of easy communication and myriad short-term acquaintances), Gurf harbours a surprising love of solitude.

These beautifully crafted songs are nearly all eulogies to the kind of goodbye in which you leave whole worlds behind, turning, sadly and reluctantly but with a spark of hope, down the dusty road to the new worlds waiting for you beyond the next gas stop.

When we talk about regionalism It’s easy to forget that the open road in North America is as much a region, complete with its own culture, values, and mythology, as are New England or the Midwest. Gurf manifests the emotional tenor of this road culture in his lyrics about loneliness, bereavement, and the intoxication of new discoveries.

In Gurf’s inner landscape all roads lead to the south and every radio station is tuned to the finest roots country, blues, jazz, and any other genre that sprang from the rich stewpot of cultures and heritages that make up southern music. 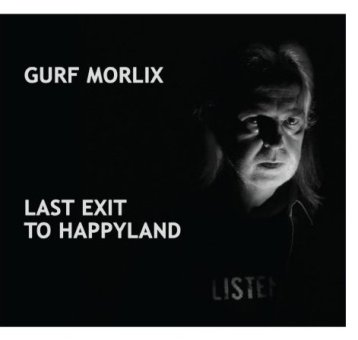 Like any insightful writer Gurf is able to empathize with others to the point where he can not only feel their pain but also express it. For Voice of Midnight, Gurf spontaneously penned the love song a friend of his might have written for his recently departed, and deeply beloved, wife. When he sings it, It’s hard to believe that this is not Gurf’s own private pain.

?Walkin? to New Orleans? is a number that musically might have fit neatly into The Threepenny Opera if that opera had been written about Hurricane Katrina:

“Now I can’t think, I can only feel
time’s stopped movin?, this don’t seem real
if I don’t get there, I’ll die tryin?
and I’ll haunt this highway, til the end of time”

Gurf is part of that school of male southern songwriters who have some grit in their oyster shells, who lose not one ounce of machismo for all their sensitive treatments of life’s craziness.

The last lines of ?Crossroads? are precisely what needs to be said about God and Satan in the new millenium:

“Now I know some people, who sold their souls to the devil
and they don’t sound nothin?, like Robert Johnson.”

Last Exit to Happyland manifests six of The Mindful Bard’s criteria for music well worth a listen: 1) it is authentic, original, and delightful; 2) it renews my enthusiasm for positive social action; 3) it displays an engagement with and compassionate response to suffering; 4) it inspires an awareness of the sanctity of creation; 5) it is about attainment of true self; and 6) it provides respite from a sick and cruel world, a respite enabling me to renew myself for a return to mindful artistic endeavour.