Articles
The Voice
In Conversation With . . . Gregory Pepper and His Problems, Part II

Gregory Pepper is a Guelph-based visual artist as well as a writer and singer of deliciously gloomy experimental songs. He is now on tour to promote his latest CD, With Trumpets Flaring (reviewed this issue in The Mindful Bard).

This is the second part of his interview with Wanda Waterman St. Louis.

How did you manage such a prolific song output for one so young?

I average a song per week, which isn’t really that much if you think about it. A little more than 50 songs per year X 10 years of writing songs = a bit over 500 tunes. It doesn’t mean they’re all great, but at least I’m being productive. If I just sit around and don’t make art I get really anxious and self-loathing, so I find It’s best to keep busy.

Is Guelph a stimulating town for a guy like you?

I lived in Montreal for five years, which was my first ?big city? experience. I remember moving into my apartment that first night and hearing house music bleeding out of the neighbouring nightclub at 3:00 a.m. I felt pure, nauseous panic, although, grudgingly, I eventually adapted and embraced the city.

Small-town living is much more comfortable for me. I’d prefer to live in the country, hidden behind thick vines and rows of trees, but I can’t yet afford a car, so that would make booze runs far too laborious.

At times it comes quickly and effortlessly, while other occasions are truly drawn out ordeals, resulting in multiple demos and re-arrangements. Ideally, I’ll sit down at the piano and churn out a hit, though sometimes I have to drink a few cans and pin down a melody on the old Dictaphone. Then, from a handful of raw reference tapes, I’ll piece together a final song and apply some offhand, irreverent lyrics. Voila! 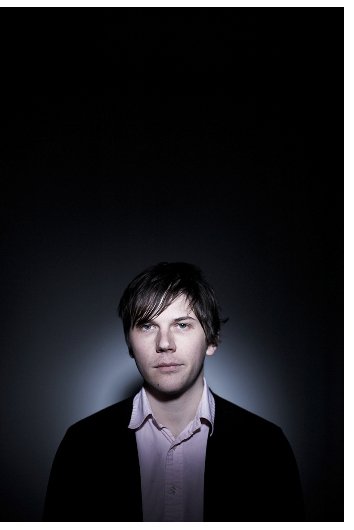 Do you hold to any political ideology or religious belief?

Nah, not really. I mean, Harper is an embarrassment and all, but I’m not going to publicly state it in an interview with the prestigious Voice student paper.

What music have you been listening to this week, besides your own?

I certainly wouldn’t listen to my own, since months and months of overdubbing have turned it all into painful static. I just got a copy of the new Islands album Vapours, which is really succinct, well-produced electro-pop. And the Clues record that just came out is really good too, though more on the prog/experimental tip.

I generally prefer my musicians dead, so Sam Cooke, John Lennon, and Freddie Mercury all the way, man.

Two new records due to drop before the end of this year: The Great Depression with Factor and Ceschi (both affiliated with Fake Four Inc.) and another hip-pop full-length (with a producer named MadadaM) called Big Huge Truck.

Otherwise It’s just the usual cycle of nausea and euphoria.

Did you have anything to add?

Nope. Fourteen questions is my daily limit. I have a doctor’s note.