Columns
The Voice
The Mindful Bard – Marco Benevento, Me Not Me

CD: Marco Benevento, Me Not Me

The Rapturous Handiwork of an Insouciant Audio Wizard

?Circuit bending is a new art; It’s no more than five years old . . . We had a show in Chicago and somebody we didn’t even know came to the show and said a friend of his told him that we were into this sort of thing, and hauled out a duffle bag full of circuit bending toys. I just sort of lost it. I thought this is it?I love this stuff!?

The sounds! The multi-levelled palette of mind-blowing sounds!

When I heard sample tracks from Me Not Me on AccuJazz I was immediately impressed with how such masterful keyboard playing and startling innovations could come off sounding so jolly and playful. And the range of mood in each song was so complex, the changes from one colour to the next so smooth and effortless, I wondered what kind of a mind could have come up with it all.

My recent interview with Benevento (this issue) revealed an incredibly easygoing guy who in spite of a hectic bout of touring was so happy with his life he couldn’t help radiating bliss rays, even over the phone. An incredibly accomplished musician, he still seems as excited about music as a child on Christmas morning trying out (or taking apart) his new toys. 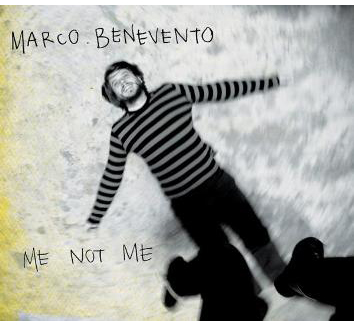 Speaking of toys, remember those battery-operated toys you (or your kids) were given to help speed the learning process? These have now been rewired by electronics enthusiasts to become one-of-a-kind musical instruments capable of randomly generating novel sounds in a way that would have delighted John Cage. (There’s an excellent series of articles on this practice at Antitheory.)

To briefly explain the technology, circuits are rerouted and the circuits tested until interesting new sounds are discovered. Then the circuits are ?bent? to recreate those sounds at the touch of a switch.

The devices can even be altered to create or alter sounds in response to light and shadow, human touch, movement, and even breath. They can also be hooked up to amps and mixers and computers, of course.

Circuit-bent toys are so up Benevento’s alley It’s surprising he didn’t invent them himself. But his exuberant use of the toys may have been the catalyst that has recently brought the devices into concert halls and studios across North America.

?Now they’re Writing Music,? one of three original compositions on this album, is an amazing soundscape assembled in the afterglow of Benevento’s initial encounter with circuit-bent toys.

Enhancing Benevento’s music is the irrepressible joy the man exhibits. His photos and interviews all paint a picture of someone whose ego shell has clearly fallen away to allow for the burgeoning of an ecstatic soul.

But Me Not Me isn’t simple-minded hijinks. These are tracks you can explore again and again for the new ways they’ll resonate with your own listening experience.

Me Not Me manifests five of The Mindful Bard’s criteria for music well worth a listen: 1) it is authentic, original, and delightful; 2) it makes me want to be a better artist; 3) it gives me tools which help me be a better artist; 4) it provides respite from a sick and cruel world, a respite enabling me to renew myself for a return to mindful artistic endeavour; and 5) it stimulates my mind.

In Conversation With . . . Marco Benevento