Articles
The Voice
In Conversation With . . . Chris Smith, Part I

Chris Smith is a Scottish neoclassical composer. His exquisite performances and the beautifully crafted music videos that accompany his music have appeared on a number of television networks. He recently put out his second album, Piano Passion and Middle Age Angst, reviewed in The Voice this issue.

Recently he took the time to answer some questions from Wanda Waterman St. Louis.

I was brought up in a musical family and sang on stage from the age of five. My sister played piano and accordion (she was Scottish Champion at 13). My other sister sang and played guitar. Both of my parents were trained singers. I began dedicatedly playing drums at 14.

At 17 I was accepted for a fine art degree at Dundee University but declined in order to play drums for the then hugely famous Scottish rock band, Big Country. Over the next 10 years I went on to play, record, and tour on drums with many artists including Nazareth, Big Country, Dougie MacLean (the Scottish singer-songwriter who wrote a musical piece for The Last of the Mohicans), and David Allison (a guitar looper), among others.

I grew up in the small mining village Kelty, in Fife, Scotland. Kelty, then and for the most part now, is a village that suffers from social deprivation. Drug addiction is prevalent and unemployment is high. The decimation of the Scottish mining industry and the privatization of the dockyard nearby in Rosyth removed both major sources of employment for Fife in the ?80s and ?90s.

Kelty nestles on the edge of Blairadam Forest, which expands for a hundred square miles. On Kelty’s northern edge is Maryburgh, an ancient and beautiful rural hamlet where in 1569 Mary Queen of Scots allegedly changed horses when fleeing from her imprisonment on the island fortress of Lochleven Castle some six miles north. 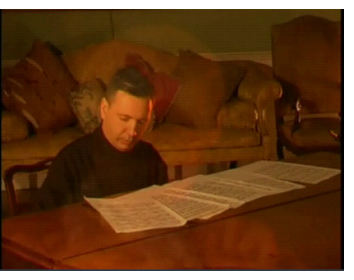 I attended Kelty’s Catholic primary school, St. Joseph?s, which housed 90 pupils. Corporal punishment was administered with a leather strap (?the belt,? invented by a saddler in Lochgelly in the 1800s). The belt became a standard implement of punishment for children in Scotland until it was banned by the European Parliament in 1991.

My parents (in particular my mother) were very strict Catholics. We were regularly indoctrinated by the parish priest and were in constant fear of his considerable tyranny. I despised the philosophy and began challenging his doctrine at the age of eight. I was usually removed from the religious education class and sometimes beaten. I enjoyed teacher baiting into my teens.

I lived a mile from school and returned home each day for lunch. My daily journey took me past the Public School that housed over 500 Protestant children. As Catholics we were despised by those children, who themselves had been subject to bigoted indoctrination by their parents. Each day, more often than not, I fought my way home.

At 13 I attended St. Columba’s High School in Dunfermline (ancient capital of Scotland) and for the most part enjoyed it. My introduction to the school’s music program was being belted by the music master for learning a recorder part by ear instead of reading it.

Scotland suffers from a working class ideology: ?Aim low to avoid disappointment!? On leaving high school I had the following interview with my careers adviser:

CA: Well Christopher! What do you want to do with your life?

CS: I want to be a professional musician!

CA: Have you ever thought of retail?