The Eloquent Shadow-Play of Light and Dark Neoclassical Sounds

?Composing is usually a series of tragedies punctuated by the occasional success.?

I remember steeping myself in modern poetry for years, both academically and in private. Eating, sleeping, breathing modern poetry. Eventually T.S. Eliot led me back to the French symbolistes, who led me back to Edgar Allan Poe, and it was among Poe’s mesmerizing rhythms that I finally found my own voice.

After having had some success getting my extremely derivative poetry published (I sounded a lot like Pound) I submitted my new poems to a provincial competition. I didn’t win any prizes, and the constructive criticism I was given was this: I had potential, but I should really try to read more modern poetry.

The irony was not lost.

In an experimental and avant-garde musical world Chris Smith has turned to traditional musical forms for the expression of a poignant and halcyon aesthetic. He has my full blessing. 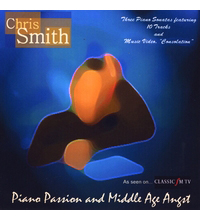 The gorgeous music videos that accompany these pieces on UK television networks provide that salient visual dimension that the music calls for, but if you don’t watch the videos you’ll find your own visions welling up in response to the music alone.

The wonderful thing about art, one thing which I would even argue makes it art, is that there is no one way to interpret it. Art’s meaning is polysemous; whereas we can disagree about what the words to ?I Gotta Feeling? by the Black Eyed Peas really mean, the song can only hold one meaning at a time, unlike ?Summertime,? which resonates with multiple meanings at once.

These concertos throb with meanings. They comprise a felicitous series of soundtracks for life changes, disappointments, the kind of melancholy That’s delicious to wallow in for a spell (but not for the other kind, the downward-spiralling kind), nostalgic reveries, meditations, moments of personal illumination, and romantic interludes. And more artistic creation.

Piano Passion and Middle Age Angst manifests six of The Mindful Bard’s criteria for music well worth a listen: 1) it is authentic, original, and delightful; 2) it makes me want to be a better artist; 3) it gives me tools which help me be a better artist; 4) it displays an engagement with and compassionate response to suffering; 5) it inspires an awareness of the sanctity of creation; and 6) it provides respite from a sick and cruel world, a respite enabling me to renew myself for a return to mindful artistic endeavour. 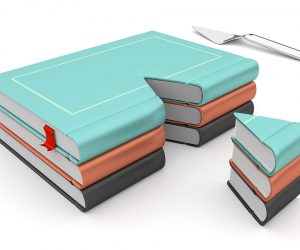 Going Back for Dessert—Taking One more AU Course

In Conversation With . . . Chris Smith, Part I