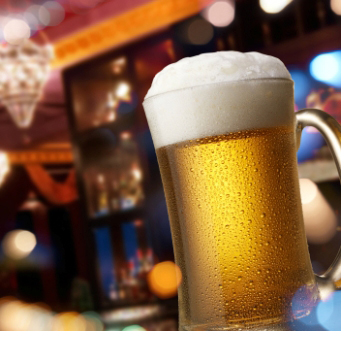 EDMONTON (CUP) ? A promotion put on by an Edmonton bar where students get cash if they show ID at the door has become a controversial subject in the community.

If a student shows ID at the door of the Union Hall before 10 p.m. on a ?student night??usually Thursdays?they receive $10 cash and a token that they can redeem for another $10 cash at 12:30 a.m., when a money table is brought out.

Jesse James is the director of operations for the nightclub side at Gateway Entertainment, which operates Union Hall. He described how the idea of the promotion came about.

?This year we wanted to really come out of September with a bang and just go for a really crazy incentive especially in light of the recent competition and in light of the economic situation,? James said.

?we’re not allowed to give away free booze of any kind, so the only thing we’re legally allowed to give is cash, so the cash is more geared towards getting people a couple drinks essentially for free . . . you don’t have to buy drinks, but That’s the idea of it,? James said.

Mothers Against Drunk Driving (MADD) have expressed their disapproval of the promotion. Gladys Shelstad, vice president of the Edmonton and area Chapter, wants owners to be more responsible.

?More my concern is that they put minimum drink pricing in effect for a reason and bars should be abiding by that . . . they should be wanting all their patrons to be safe,? Shelstad said.

James said that regardless of whether or not they give away cash at the door, they are always aware of patrons? safety. ?Whether we give them 20 bucks or they’re just spending their own money, we have to always be aware of someone’s level of intoxication,? James said.

James also said that the promotion is more geared toward back-to-school and was intended to get people down to the Union. The club was renovated over the summer and now has a new DJ.

?The nightclub business is all about change and all about keeping cutting-edge, so we have a couple other cool ideas in the works to follow up this promotion when we do decide to end it,? James said.

Shelstad also mentioned that this promotion is only available for students, which might upset other patrons.

She said the reason that MADD has commented on this issue is because it could encourage binge drinking.

?These people that take the money from the bar, are they going to go and drink more and indulge quickly and in large amounts? I don’t know. I’m hoping not, I hope that everyone drinks responsibly because at the end of the day we want you guys all to be safe,? said Shelstad.

But James stressed that students do not need to spend money on drinking, and need to make their own choices.

?I think that these choices are at our fingertips in all walks of life and in all things, and I think that people have [to] be held accountable for their own actions.?