Is it possible to defend someone’s personal freedom by taking away their right to choose? That’s the decision Ottawa may soon face on the issue of banning the burka and the niqab.

The Muslim Canadian Congress is asking the federal government to ban the two garments in public. As the Globe and Mail reports, the group says the practice of covering women’s faces in public ?has no place in a society that supports gender equality.?

The point has been made that concealing identity is a public safety issue, but the central issue seems to be women’s equality. As Farzana Hassan, a spokesperson for the Congress, told reporters, ?If a government claims to uphold equality between men and women, there is no reason for them to support a practice that marginalizes women.?

Do these garments marginalize and suppress women? Yes?if women are forced to wear them. In many instances That’s the case. Whether It’s a cultural practice more than a religious one (as Ms. Hassan says), there’s no denying that the threat of violence, or even death, is often very real for women who protest.

But what if a woman chooses to wear one? Clearly, when it comes to proving identity, laws must be followed. In court, when voting, at a traffic stop, or passing airport security, to name a few. And in situations where a person may pose a threat, such as a stranger entering a primary school, we must have the right to clearly identify them.

Yet what of the woman who, for her own reasons, cultural or religious, is more comfortable in such clothing, who chooses to wear it at the grocery store or while taking her children to the local playground? Does the state have the right to ban a private individual’s cultural dress that does not pose ?a clear and present danger,? as this New York Times article asked?

It’s true that forcing a woman to cover her face undermines her identity and erodes her rights. What, then, could be said of a law that denies her the right to choose? 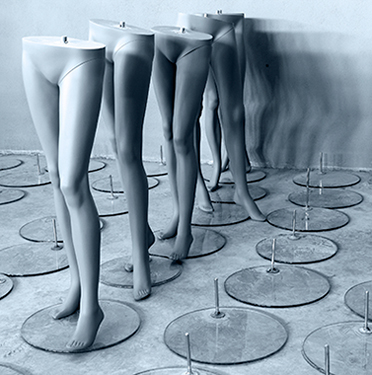