Articles
The Voice
Saturday Night at the (Old) Movies

As the weather moves toward winter, the lure of the outdoors starts to diminish. In my mind, there’s no better way to spend a chilly evening than curled up on the couch with a bowl of popcorn and a good movie. The problem is, I’m having difficulty finding a movie I actually enjoy. The fault is entirely the responsibility of Operation: Films We Need to See.

It’s a project That’s been ongoing in our family for over a year. Last year while I was browsing the movie section of the local library, I noticed an old film, North by Northwest. It’s a Hitchcock thriller in which Cary Grant, in a double case of mistaken identity, is on the run from the bad guys and the law. It had suspense, romance, and Cary Grant. I couldn’t go wrong!

But when my husband and I plugged it in that night, something happened. As we watched Cary Grant flee his pursuers across Mount Rushmore, a light went on. ?Hey, That’s just like that Family Guy episode!? we shouted in unison.

Then suddenly, we paused. No, the Family Guy episode was like the Hitchcock film. And then we realized: we knew the parody of a classic film, but not the original. We hadn’t even recognized it as parody when we’d seen the TV episode the first time. (The title of the episode was even ?North by North Quahog,? but we hadn’t understood the connection.) How many times had this happened? How many parodies, songs, quotes, and the like were familiar to us, yet we’d never known the source?

?Uneducated? is often bandied around as a description of the current generation, and Hollywood’s usually one focus of blame. Ironically, though, it seems as though North Americans are equally unschooled where film is concerned. Hollywood isn’t just a modern influence, but has played a big role in Western culture for decades.

This isn’t just in the areas of manners and social mores; quotations, songs, expressions, and plot lines from classic films have become so embedded in everyday culture that we don’t pay them special notice. We began to realize just how undereducated we were in classic film. How many classic movies had made a significant impact on popular culture, or had set the stage for the various film genres or elements we see today, yet we’d never even heard of them?

This experience culminated in Operation: Films We Need to See. The American Film Institute (AFI) created two Top 100 American Movie Lists (one in 1998, and an updated version in 2007), and we’ve been slowly working our way through the list. we’re determined to see every film the AFI recommended, and to try to figure out what makes those films so historically, culturally, or cinematographically significant.

we’re about halfway through, and It’s been not only entertaining but also very instructive. Although we’ve loved some, hated others, and puzzled over a few, the overall experience has been enlightening?and it hasn’t been limited to two hours on the couch.

Even better than the movie itself (and in some cases, much better!) has been the accompanying research we usually end up doing. We didn’t enjoy The French Connection (except for the opportunity to see a much younger Gene Hackman!), but we later learned that its iconic car chase scene has probably influenced crime movies for years. In fact, many of the older movies have set precedents: often, the films and even genres we see today are variations on the formula.

Doing a little digging has yielded some surprising relationships, too. Since many of ?today’s? actors and actresses come from old acting families, we’ll often recognize a surname or two in the credits. After a quick search of Wikipedia, we discover that Jamie Lee Curtis is the daughter of the murdered woman in Hitchcock’s thriller Psycho.

Non-familial ties are also interesting. Did you know that Victor Fleming, who directed most of The Wizard of Oz, also was the director for Gone with the Wind? we’ll often spot an actor or actress who ?looks familiar,? and our inner geek won’t rest until we discover that, yes indeed, the maid in Rear Window was the ?I don’t get it? shopper who appeared for five minutes in Miracle on 34th Street. 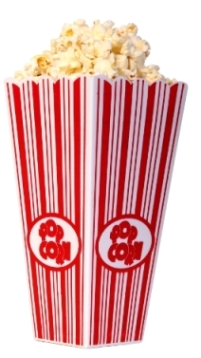 we’re not only familiarizing ourselves with films and people who have laid the foundation for modern Hollywood, we’re also noticing more technical aspects of film production. Without the modern-day technology to fill in the gaps, filmmakers years ago had to rely on other tricks to keep the viewers watching. For instance, there are often fewer scene changes and fewer settings. In a few movies (Twelve Angry Men and Rear Window come to mind), the majority of the film occurs in one setting. The focus is on the characters? interpersonal relationships, and we really become invested in who these people are, since we’re not being distracted by changing scenery.

One of the biggest benefits of the project has been the conversations It’s spawned. Old movies?and the spinoff topics that tend to evolve as we talk about people, places, techniques, and culture?is one subject area that doesn’t involve family, or my husband’s work, or my work. If true relaxation involves escaping from the everyday, then Operation: Films We Need to See has given us the opportunity to place ourselves in a different world, still connected to our own, but in a different sphere.

As the winter progresses, what better way to connect with family?and society?than by immersing ourselves in classic film? This series will highlight some of the better old movies available, and give some background as to why they’re culturally significant.

Where to find classic films? It’s easier than you might think. Your video store may only offer a small collection of classics, but don’t let that daunt you. First, check your local library: most allow patrons to borrow DVDs or VHS tapes, and many have a surprisingly good selection of older movies. There’s also the Athabasca University library, which offers certain films on both DVD and VHS. Finally, don’t forget to keep an eye on your local television listings. Even if you don’t have premium cable, the non-network channels will occasionally run classic films. If you have access to Turner Classic Movies channel (It’s more widely available in the US than in Canada, but some Canadian providers offer it), You’re in luck: it constantly plays old or classic films (some of which are better than others).

In honour of October, the next instalment will review some spooky classics. Until then, happy watching!