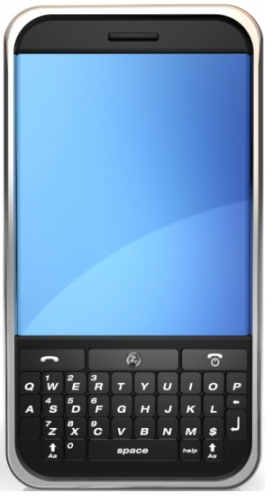 Mobile phone apps are downloading on campuses across the country

TORONTO (CUP) ? One in nine students at the University of Saskatchewan (U of S) own an iPhone or an iPod Touch, and students elsewhere across Canada are embracing the technology with open arms. With smart phones reaching more and more students, universities are taking advantage of the trend.

At least four Canadian universities have introduced mobile phone applications designed to enhance the student experience, putting everything from a personalized class schedule to the ability to reserve computers or study space in the palm of students? hands.

Eric Neufeld, computer science department head and a developer of the U of S app iUSask, recognized this niche market as he watched students leave his classroom day after day.

?I saw students flipping open their cell phones when they would leave class, and I wanted my department on that phone?to show students that we’re out there, that we’re a part of the current wave of technology and can get things done,? he says.

?Our students rely heavily upon all sorts of devices to access and share important information, and we need to meet their needs. we’re well-equipped to do so, since virtually all of our routine business with students is conducted online,? said Mejía in an email interview.

At Ryerson University in Toronto, Ontario a simple survey aimed at enhancing library services turned out results the team wasn’t expecting. ?From our point of view we wanted student feedback on library services and scheduling. In reality, students wanted to be able to check their own schedules,? says Graham McCarthy, innovative technologies librarian at Ryerson.

The library team took this feedback and turned it into a full-blown tech initiative that included involvement from students in a summer work-study at the university in an effort to better serve students as a whole with a variety of campus services turned mobile.

The Ryerson app?like the UTM app, both of which went live in September?is web-based, which makes it available to any cell phone with an Internet connection. ?It looks best on the iPhone and the Google Android phones, though,? McCarthy says.

iUSask, however, is currently only available for the iPhone and iPod Touch. ?One of the things that makes [the app] so popular on our campus is the campus-wide Wi-Fi, so the iPod Touch works anywhere on campus,? explains iUSask developer Chad Jones.

The development team is looking to expand their support in the near future to include BlackBerry, as well as adding to the existing features, says Jones.

?We want to get a lunch button on there,? jokes Neufeld.

Common through all the apps are features like varsity sports stats, class schedules, campus maps and directories, and information on upcoming campus events.

?We really had to get in the mindset of the average student?what information do they want on their phone? . . . We wanted to know what they wanted to have to manoeuvre through the institution,? says Neufeld.

So far, in-house teams have developed all the apps, but U of S is beginning to offer their development team to other institutions. They are currently in talks to develop a mobile app for a large university in California, though they declined to specify which institution.

The iUSask team believes that the key to their success was having students involved throughout the whole development.

?Students are really driving the development,? says Jones. ?We had undergrad and grad students working directly with the project all the way through. [They] gave daily feedback on features they liked and didn’t like.?

Students across these campuses are embracing the new technology, with 7,512 uses by 1,477 students at Ryerson since the September 14 launch, and over 2,400 iUSask downloads out of 18,000 students since its August 2 release. UTM’s web app had more than 20,000 hits in its first three weeks.

?Students are really impressed that we are able to get all this information to their mobile devices,? says McCarthy.

The University of Alberta in Edmonton, Alberta has also produced iUAlberta, an iPhone app that provides information on university athletics, campus food services, and links to useful websites. While mobile phone application development is more or less in its infancy, Neufeld sees an incredible future for it.

?There’s a lot of positive social potential with the iPhone,? he says. ?You have your day book, your phone, there’s the entertainment aspect, I don’t see why you couldn’t carry all your medical records for your life on your phone.?