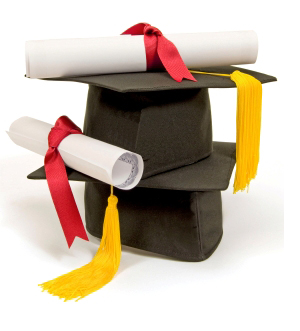 VICTORIA (CUP) ? To degree or not to degree, that is the question. But there’s a third option that is increasing in popularity?to get more than one degree. Many Canadian students are doubling up on degrees, diplomas, and certificates, due in part to a slowing job market.

Camosun College student Stephanie Phipps is well educated about education. After finishing a bachelor of science in economics at the University of Victoria (UVic), Phipps immediately enrolled in the nursing program at Camosun. She is in her first year and will finish with a baccalaureate of science in nursing.

?I’ll more than likely have job offers as a nurse shortly before I graduate,? says Phipps.

Despite her first degree, Phipps disagrees that a university degree is necessary to get a good career and make a decent living. ?Nurses are so high in demand that I’ll have a lot of flexibility as to where I want to work,? she says.

In the 2006-07 academic year, 38 schools across all provinces except Prince Edward Island offered fast-track entry-to-practice nursing programs, allowing students to complete their nursing education more quickly, including in cases of second-degree entry into the programs.

Despite Phipps? years of formal education, She’s certain previous work experience is way more valuable than a classroom education. She says employers use education as way to weed people out, but once they hire someone, It’s all about that person’s ability to do the job and not the degree they have. Phipps recalls attending classes at UVic alongside 200 other students, many with different aims after graduation.

?It’s difficult to do hands-on stuff [in university] because a group of people graduating with the same degree may end up doing very different things,? says Phipps. The nursing program She’s enrolled in at Camosun offers a more hands-on educational experience than her economics degree because it has a specific outcome. Everyone in the program intends on becoming a nurse, so every skill learned applies to all students.

Teresa Tran graduated from Camosun’s exercise and wellness program and is now completing a kinesiology degree at UVic. She also feels It’s not necessary to have a degree to be successful. A degree ?offers a different range of careers and is not suitable for everyone,? she says.

Tran transferred to UVic to further her education and pursue a different career. She realized partway through the exercise and wellness program that the jobs she hoped to get from it, such as a lifeguard and swim instructor, would pay the same if she applied with or without a degree. Also, the certification for those jobs could be completed in one weekend ?for less than a quarter of the price of tuition for four semesters of courses,? she says.

Tran’s program at Camosun was much more hands-on, and she anticipates the later years of her degree at UVic will be as well.