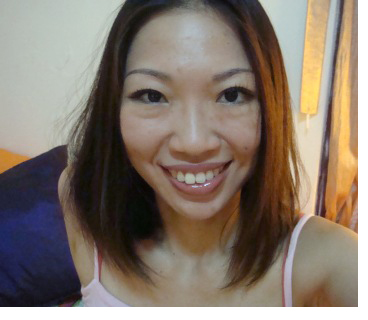 AU’s students are spread across the globe, but its international student community isn’t limited to Canadian and American expats. In this week’s profile, we find out why Alyssa Fann-Chiang, a native Taiwanese and Bachelor of Political Economy student, chose to study with Athabasca University.

She also explains how her multicultural experiences have paved the way toward her future goal of international work, and describes her tactics for overcoming the challenges of distance learning.

What caused Alyssa to pursue her studies at a school on the other side of the world? The same reason many international students choose AU: the language barrier at local universities. Alyssa, although born in Taiwan, grew up in Indonesia attending English-speaking international schools. When she returned to Taiwan, she found that her English skills would actually be a liability at local universities, where instruction was all in Mandarin. ?We spoke Mandarin at home,? she explains, ?[but] I couldn’t read or write [it], let alone do it academically at university level.?

Because she couldn’t afford to study abroad, she explains, ?the only way I could get a university education in English was . . . online . . . I spent months Googling for online universities.? After a lot of research, she decided to register with AU, starting her first course in 2003.

However, at the time, distance study was not well accepted in the local community. That, combined with full-time work and a lack of familiarity with independent study, caused her difficulty. ?I quit my first two courses at AU,? Alyssa says, ?[but] a year later I came back.? She returned with a new attitude, and hasn’t looked back.

?I had a hard time at the beginning, but I didn’t have the option of just giving up and applying to a traditional university,? Alyssa says. ?Because AU was my only option, I was determined to find a way to work with it.?

She decided to focus on political economy and international issues, two areas particularly close to her heart. ?I have an outsider yet insider perspective to many things,? she says.

She was the product of several social and economic cultures?she was born in Taiwan, grew up in Indonesia, and studied at British and Indian schools?and was exposed to many more during her school years. After high school, she also spent time working in India, where she lived from paycheque to paycheque. ?There was a time when I lived on 10 rupees per day,? she says. ?I had to plan only one meal a day?dinner or lunch.?

Her experiences have helped her understand her global issues studies a little more clearly, ?although not in the grand scale that poverty or [other] issues are experienced,? she says.

And her studies have helped her understand a little more about life. ?There was a lot of self-growth involved: there’s nothing forcing you to sacrifice for your degree,? she explains. ?You have to do it by yourself.? 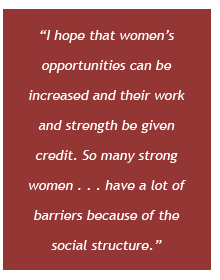 In fact, the self-motivation that distance learning requires has become an advantage of this mode of study, Alyssa feels. ?I’ve grown to . . . love [that] . . . aspect of AU!? she says. To stay on target, She’s come up with a unique study approach: instead of studying several courses at once over the space of several months, she focuses intensely on a single class until It’s completed, usually in about a month.

?Everyone has their own method and I guess I finally found mine,? she says. It works well for her because it minimizes distractions and the temptation to procrastinate. ?When I took my time and spread out [my] studying energy, I didn’t get . . . great grades,? she says. Now, It’s different: ?I’m . . . consumed entirely in the subject matter,? she says. ?The pressure churns out my best work.?

Other aspects of distance education presented a different sort of challenge. ?I found it difficult to have to sacrifice my socializing time with my friends,? she says. ?In high school, you [have] this image that college life will be all about partying.? However, when she weighed the pros and cons, she decided that focusing on studying would be worth it in the long run. ?It was basically deciding whether I want to go out to make new friends and stay longer at this degree, or clench my teeth and finish this degree so I can just relax and make new friends,? she says.

She decided to stick with it, and It’s paid off: she hopes to graduate this winter. ?It all feels so worth it,? Alyssa says. She plans to take a working holiday in Australia for several months, and then begin studying in a master’s program abroad. Although She’s considering the University of Glasgow in Scotland, Monas University in Australia, and several other Australian schools, She’s currently favouring Glasgow.

?The Glasgow rep . . . already knows AU and considers the quality of AU students reputable,? she says. ?[That] feels really good!?

Either way, she plans to focus on international studies: ?I want to work internationally, either for the UN or as a watchbody for it,? she says. She’s especially looking forward to researching gender issues. ?I hope that women’s opportunities can be increased and their work and strength be given credit,? Alyssa says. ?So many strong women . . . have a lot of barriers because of the social structure.?

In the meantime, She’s grateful for the opportunities She’s had. ?AU allowed me . . . to go back and complete what I had dreamed of,? Alyssa says. ?My story . . . It’s like a spider web.? And She’s looking forward to seeing what direction it will take her next: ?I’m just so excited about the future!? she says. 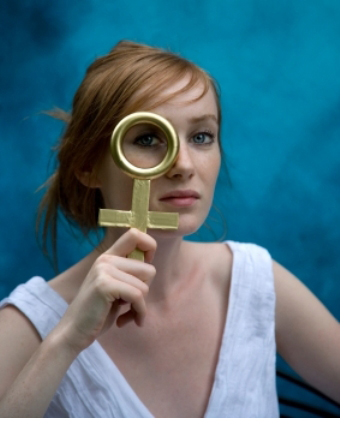