Articles
The Voice
Eras in Education – The Earth as Specimen vs. the Earth as Self: Perspectives on Ecosystems in Korean Buddhist Education 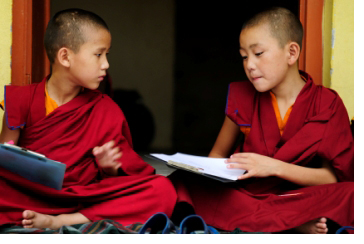 When I was in the seventh grade, our class undertook a project to improve a salmon stream that flowed past our school’s football field. For what seemed like countless spring afternoons we hauled wheelbarrows of gravel to improve the salmon laddering system that would allow the fish to complete their journey home to their birthplace.

As a reward, each of us received bonus marks in science class for our time spent. We also spent innumerable hours learning about the biology of salmon. When it was time to dissect specimens we each had to remove various gall bladders, gills, and fins and place them on a photocopied chart in the appropriate places. It was a very dry and dispassionate way to get in touch with nature. As it turns out, it was not the only way we could have developed a deeper affinity with the natural world.

On the other side of the world, a Buddhist monk in South Korea named Dobeop developed a ?farming school? in 1999 that taught students academics and agriculture. Above all, they learned to see themselves as spiritually connected to the earth.

Since entering a Buddhist monastery at the age of 17, Dobeop came to the conclusion that regular education tended to lead students away from a true appreciation of the natural world and their place embedded within it. He is quoted as stating that ?so far, education in general has failed to let students understand the true meaning of life while exclusively emphasizing subject-based competition.? Certainly as we seventh graders worked on those salmon ladders our bonus marks came to us as individuals, not as collective manifestations of a divine universe. Perhaps more importantly, we learned about salmon as something biological, not so much alive like us humans but reducible to various mechanistic organs. We learned to appreciate the salmon’s existence, but certainly not to see the fish as extensions of ourselves.

In Dobeop’s Buddhist school students are taught the term Indramang, which translates as ?all phenomena (objects) exist only interdependent on other phenomena.? In this way, ?I? and ?You? appear more as abstractions than as realities. From this viewpoint the ?ecological destruction and human alienation? implicit in today’s world seems completely unacceptable. Rather than change the physical world alone, Buddhist education in Korea involves a change in the student’s mindset, leading pupils ?to view the Earth as one organic body.? While my class would race for the door when the end of day bell rang, Dobeop’s students would first join hands and bow to one another, an act symbolic of the theme ?You and I are one.?

Every religion influences education in its own way. Since its introduction to Korea in 372 CE, Buddhism has become deeply ingrained in education institutions. Although most monks remain secluded in mountain monasteries, ?some come down to the cities to spread their religion? and a significant number conduct ?religions research? at universities. This connection between monastic and educational life has been historically supported by elite powers in Korea, an interesting contrast to neighbouring China where Taoism was traditionally favoured on account of its being of Chinese origin.

Buddhism originated in India, yet because it teaches that we are all part of a whole greater than ourselves, it is useful in upholding earthly authority in any country. Giving people a sense of belonging allows them to comfortably go about their lives, even if they are experiencing oppression or living amidst inequality. While working on co-operative farming projects and receiving an education, Dobeop’s students also learn the theme that ?without a star in the sky, not a single flower can blossom on earth. Supporting other beings is the forming of my life . . . My life is connected and supported by and through them. With these relationships, I can live. It is the truth of my life.? 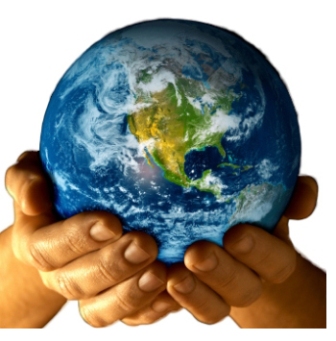 Perhaps my seventh grade teacher would have questioned the causal connection between stars and flowers, but that is because Western civilization’s scientific mindset downplays metaphorical or spiritual connections between things. After all, our sun is a star in the same way the stars are all suns. Perhaps they are linked by their similarities and who is to say that the stars aren’t just as important for life as the sun is? No science experiment can remove the constellations to see what happens. Maybe most importantly, seeing everything as linked provides solace to people in the face of difficult circumstances.

The idea of social solidarity going beyond an ?excessive concern with the distribution of economic rewards? is expressed by the theories of Émile Durkheim. Economic reality can be likened to empirical scientific data; an external, rather than internal, indicator of overall happiness and life satisfaction. Durkheim’s conception of a ?collective consciousness,? or ?totality of beliefs and sentiments common to average citizens,? is explicitly tied to religiosity. For Durkheim, the history of morality and laws reflects the evolution of religion: ?Law is essentially religious in its origin.?

Unlike in pre-modern times, industrial capitalist civilization places great emphasis on individuality and competition. Though he wrote a century ago, Durkheim was already able to note that ?each individual is more and more acquiring his own way of thinking and acting, and submits less completely to the common corporate opinion.? For Dobeop it is necessary for people to live within a ?world idea? that takes the collective origins and destiny of people into account. This collective mindset does tend to naturalize inequality, yet at the same time provides a sense of harmony rather than strife. In Durkheimian terms, collective solidarity provides ?a sense of obligation and contribution . . . a feeling that one is serving something.?

This feeling of harmony was what Durkheim envisioned when he wrote of ?organic solidarity? as an outcome of modern division of labour. Despite vast differences in the type of work undertaken, social solidarity is possible when people have a sense of the whole they are a part of. When people do not feel like they belong, usually because ?mutual contributions and obligations are denied or overlooked,? ?anomie? develops. Students in Dobeop’s farming school feel close to the earth. By participating in projects with names such as Back-to-Farm, Saving Mt. Jiri, and Small School (an alternative school) solidarity is clearly being fostered.

In my seventh grade class, we too felt like a part of something, although not in spiritual sense. It is the separation of spiritual from scientific realms that characterizes modern society. This split is illustrated by Durkheim’s reference to ?egoism and individualism? as ?the two beings within us? and Dobeop’s position that ?we have ignored our life, misunderstood it for too long.?

Ironically, by reducing our lives to ?ourselves? we may have missed out on the most valuable educational outcome of all: seeing our lives as part of the greatest self of all, the planet earth.