In 2002, the average Canadian who needed a bone marrow transplant would have had a 54 per cent chance of having a sibling who was a suitable match. But thanks to Canada’s declining birth rate, that same Canadian’s odds would only be 37 per cent today.

And if the birth rate continues to shrink, their odds in another five years will drop to 25 per cent.

As the National Post reports, those are the findings reported in the journal Biology of Blood and Marrow Transplantation.

Except for a small blip in the late ?80s, Canada’s birth rate has been in a relatively steady decline since the 1960s. And smaller families mean that the odds of finding a matching sibling as a donor are also shrinking. The effects are clear to many in the health care system, who have seen the names on a ?waiting list for bone-marrow transplants from non-family donors? nearly triple since 2004.

Dr. David Allan, an Ottawa Hospital haematologist, headed the research. As he told reporters, ?Whatever the factors were that led to smaller families, it has impacted on our treatment options.?

Another method of obtaining stem cells would be to set up a national umbilical-cord blood bank, a goal that Canadian Blood Services has been trying to achieve. Donations from non-related donors can be riskier and lead to serious side effects, but are still a viable alternative when a genetically compatible source cannot be found. Private cord-blood banks are also becoming a popular option, with blood being stored ?for potential use by the baby or its family members.?

Attitudes toward AIDS have changed dramatically since the 1980s but many patients still face prejudice and bias. Argentina is no exception, and a recent poll reveals that as many as 80 per cent of citizens there believe that ?people with AIDS are harshly discriminated against.?

As the Buenos Aires Herald reports, a private poll was held just ahead of World AIDS Day, December 1. The results show that, along with the common belief that AIDS patients face discrimination, some 18 per cent of Argentinians do not believe that teachers with AIDS should be in the classroom.

As well, 15 per cent of those surveyed said they would ?prefer not to know or to keep it as a secret if a member of their family has the disease.? The poll was commissioned by L?Oreal Argentina and reported by TNS GALLUP.

About half of respondents believe that the next five years will see an increase in AIDS cases, while only 14 per cent believe that numbers will decline. In general, women were more informed about the disease, and youths (18 to 24) in higher socio-economic brackets consider themselves ?correctly informed about it.? 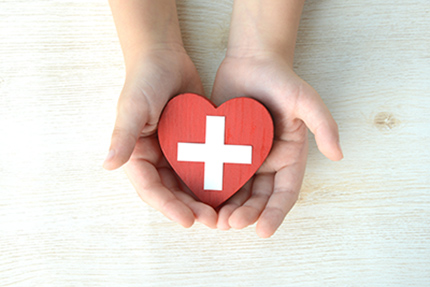 Organ Donation is Worth Thinking About