Columns
The Voice
From Where I Sit – I Wish

December is traditionally a time for making wishes. So even though I haven’t believed in Santa for a few years now I’m going out on a limb here and sharing my hopes with you. If there is any justice in this world some wish-granting entity will hear my plea. Read on to see if you share my desires . . .

I wish Tiger Woods would have manned up about what really happened when he smashed his dream machine into a tree and spared the world (me) the ensuing days (and days) of speculation, gossip, flights of fancy, accusations, innuendo, and the dire predictions about his ?soiled? reputation that resulted.

I wish Rider Nation, the 2009 Grey Cup underdogs, would have won the damn thing, even though I don’t understand (or care to understand) football. I care so little I can’t be bothered researching the watermelon hat thing, but they are our neighbours so condolences or whatever you say when a ?nation’s? dreams are crushed.

I wish the Tareq and Michaele Salahi ?news? would drop off the radar. Sure, check the reason for the security breach but please, oh please don’t let this go on as long as balloon boy’s family farce. Or are they simply this week’s faux celebrities? Glad to hear there were no takers, so far, for an exclusive interview for megabucks. Even Larry King backed away from this. Seems they have now received an invitation?to testify. The media circus continues.

I wish the guys who conceived those ignorant cat food commercials with Hubert and others would turn in their PR firm ID and find real work. The taco one with the dog licking his privates seems to have disappeared so maybe there’s hope. Give me the two A&W guys any day. They’ve got it right.

I wish that if Edmonton wins the bid for the 2017 World’s Fair we won’t have to endure eight years of bitching and moaning by naysayers and small thinkers who can’t see beyond potholes and LRT expansion. It’s time Edmonton played in the big leagues and adopted a more cosmopolitan attitude and belief system. Build it and they will come. And remember and spend and return and talk about it. There is no shortage of critics who will count the cost in dollars and loss of focus on ?real issues;? just don’t count me among them. And yes, my tax dollars are at stake here too.

I wish Michael Ignatieff would take ?a long walk in the snow? like Trudeau did in 1984 before concluding it was time to leave politics. I would miss Ignatieff’s flip-flops, missteps, reversals, and arrogant face beneath the trademark bushy eyebrows, though they’ve seemed tamed and less wild in recent photos.

That, dear friends, is my current wish list. It includes self-important ridiculous people caught up in their own celebrity; small teams and towns vying for what the big boys have; tasteless advertising; and a miscast politician. We need a miracle, from where I sit. 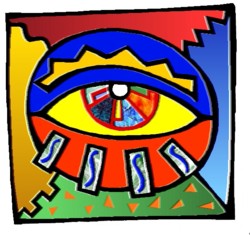