Whether It’s the warm holiday spirit, the festive food and drink, or the hanging mistletoe, Christmas is often a time of romance. It’s no surprise, then, that a number of the classic Christmas films revolve around love affairs. Although many holiday movies involve romantic elements (for example, Miracle on 34th Street and It’s a Wonderful Life), the following five classics focus specifically on romance, and Christmas is a lesser, but still important, player. They can give a refreshing pause during frenzied mid-December, when a satisfying love story is a welcome respite from the holiday stress.

Love and laughter meet in the 1940 romantic comedy The Shop Around the Corner. At work, two sales clerks engage in constant verbal battles, but neither is as cold-hearted as one might think. He’s carrying on a letter-writing love affair with a pen pal, and She’s similarly involved. What is the likelihood that they’re unknowingly falling in love, via mail, with each other, just in time for Christmas? It’s a predictable story, but the ending is sweet.

Trivia: Does the plot seem familiar? It should; Shop was remade 60 years later as You’ve Got Mail (and updated to use email rather than traditional letter writing!). In this original version, you’ll probably recognize the legendary Jimmy Stewart, who plays Alfred Kralik; also familiar might the blustery Mr. Matuschek, who was the bumbling title character in The Wizard of Oz.

Another romantic comedy, Christmas in Connecticut (1945) also involves writing, but of a different kind. Housekeeping columnist Elizabeth Lane is known as the best housewife in America. Writing from her ?farm in Connecticut,? she pens mouth-watering recipes and housekeeping tips while tending to the farm, her husband, and young child. What better place for a wounded, lonely war hero to spend a traditional Christmas? That’s what her publisher thinks, and he decides to accompany a veteran to enjoy an old-fashioned holiday. But there’s a catch. Elizabeth really lives in a New York apartment, where she barely even cooks for herself. She’s not married. There’s no farm. And she doesn’t even know someone with a baby! Her long-time boyfriend and close city friend help her spin an elaborate hoax, but even Elizabeth is no match for what ensues.

Trivia: Contrary to what you might think, not all Christmas films were made to coincide with the holiday season. Oddly, the holiday-focused Christmas in Connecticut was originally released in July 1945!

Also not to be missed is the 1949 romantic comedy Holiday Affair. Connie, a war widow, finds herself torn between two men: the successful but pompous lawyer Carl, and Steve, an ambitious drifter with a good heart. The love-hate relationships among the love triangle are comically played out during the whole Christmas season, culminating with Connie’s final decision on New Year’s Eve.

Trivia: The celebrities of 50 years ago could be just as troubled as those of today. A year prior to Holiday Affair‘s release, Robert Mitchum (Steve) was arrested for, and convicted of, possession of marijuana (although the conviction was later overturned on legal grounds). At the time, Mitchum’s film roles tended to be in the film noir or western genres. Allegedly, the studio that held his contract placed him in the role of the charming Steve in order to rehabilitate his public image. It was apparently a successful move, as Mitchum continued making pictures for decades. 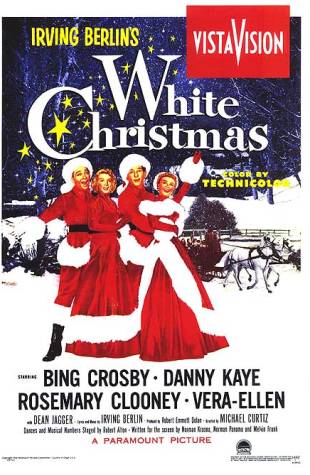 Despite its darker overtones and bittersweet ending, Remember the Night (1940) also has its place in a canon of Christmas romances. It’s a few days before the holiday, and a beautiful but troubled young woman, Lee, is on trial for shoplifting a bracelet. Prosecutor John Sargent asks for a delay in the proceedings to keep the Christmas-spirited jury from ?going easy? on the pretty crook. This means Lee will be in jail over the holidays, and Sargent takes pity on her, posting her bail so she can enjoy her Christmas before the trial reconvenes. Several mishaps and misunderstandings later, Lee arrives at Sargent’s family home for the Christmas holidays. Romance is in the air for the prosecutor and the thief, but the trial looms in the near future. How to reconcile duty and love?

Trivia: I’ve noticed that directors of the past tended to duplicate successful film pairings in later pictures. For example, the chemistry between Barbara Stanwyck (Lee) and Fred MacMurray (John) was good enough to inspire several more Stanwyck-MacMurray movies, most notably 1944’s Double Indemnity.

Finally, for Christmas romance and carols by the snow, It’s hard to beat Irving Berlin’s Christmas musical White Christmas. In a heartfelt tale, two army buddies-turned-entertainers, cynical Bob and overstressed Phil, take their show on the road to a small town in Vermont, where their former commander owns a failing ski lodge. The lack of snow forces the lodge into bankruptcy, and the general feels old and useless. Can Bob and Phil, together with an ambitious duo of singing sisters, Betty and Judy, bring back the Christmas cheer? Love, misunderstanding, and enthusiastic music-and-dance numbers propel the story to a happy ending for everyone.

Trivia: If you’ve heard the White Christmas soundtrack, you might notice some voice discrepancies between the soundtrack and the movie itself. Rosemary Clooney, who played and sang Betty’s parts (and some of Judy’s musical numbers), was under contract with Columbia Records at the time the movie was produced. Because the soundtrack was made by a different studio, Decca, Clooney couldn’t record it; her songs were redone by a different singer.

Christmas films warm the heart and appeal to the soul. Next week?the final instalment before Christmas break?we’ll examine a few of those heart-warming classics that define the spirit of the season. In the meantime, enjoy a good dose of Christmas romance with this instalment’s recommendations. Warm and happy watching! 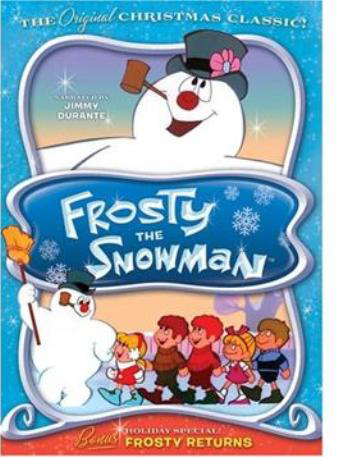 Saturday Night at the (Old) Movies – A Classic Christmas for the Kids?and the Kid Inside Us!